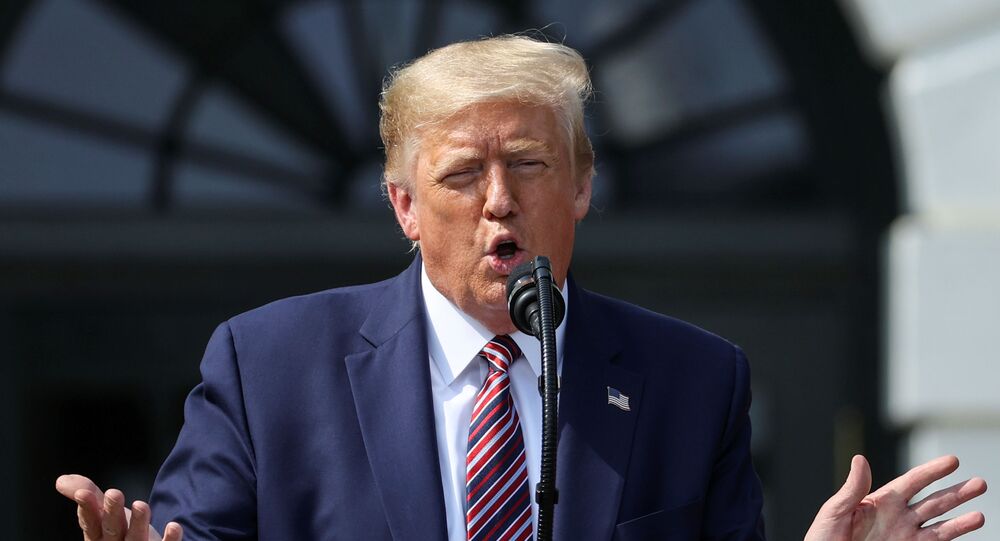 The Pentagon earlier effectively banned the Confederate flag from being used on its military bases. The president, however, defended its use suggesting that it's not racist to do so.

In an interview with Fox News, US President Donald Trump has reaffirmed his position on defending the names of American bases linked to prominent Confederate figures and considered vetoing any law that seeks to rename them, including the National Defence Authorization Act (NDAA).

The president went on to defend the use of the Confederate flag insisting that it's not necessarily used in the context of racism despite the Confederacy having fought the North largely over the right to preserve slavery in the country.

"When people proudly have their Confederate flags, they’re not talking about racism. They love their flag, it represents the south", Trump elaborated.

President Trump's statement comes as nationwide protests against racism in the US raised the issue of Confederate history and how many of its iconic figures are represented in modern America with statues, monuments, as well as in the names of the military and military practices. The US Congress is currently trying to pass a motion to rename those bases commemorating Confederate figures as part of the NDAA. The Pentagon, in turn, just recently effectively banned the use of the Confederate flag by the country's military by silently removing it from the list of permitted banners.

"The flags we fly must accord with the military imperatives of good order and discipline [...] Consequently, in addition to the American flag, Service members and civilian employees are authorized to display or depict representational flags that promote unity and esprit de corps", Esper said in the memorandum, justifying the change.

Trump threatened to veto the estimated $740 billion NDAA bill back on 1 July after Democratic Senator Elizabeth Warren proposed an amendment that would force the Pentagon to rename every military base that was named in honour of Confederate historical figures. POTUS vowed to protect bases like Fort Bragg and Fort Robert E. Lee, which played a major role in US military operations during the Second World War, from being renamed.