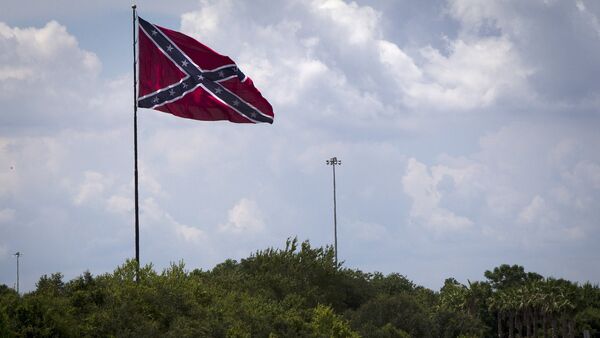 © REUTERS / Carlo Allegri
Subscribe
International
India
Africa
Some branches of the US military have already banned the public display of the flag amid concerns that it might inflame racial tensions and damage unit cohesion.

US Defense Secretary Mark Esper on Friday issued a memorandum that effectively bans the display of the Confederate flag at United States’ military facilities around the globe.

"The flags we fly must accord with the military imperatives of good order and discipline ... Consequently, in addition to the American flag, Service members and civilian employees are authorized to display or depict representational flags that promote unity and esprit de corps," Esper said in the memorandum.

Today I issued a memorandum to the force on the display of flags at @DeptofDefense facilities. With this change in policy, we will further improve the morale, cohesion, and readiness of the force in defense of our great Nation. pic.twitter.com/YQPc3kxf4V

​The list of flags that are allowed on the installations includes those of US states and territories, military service flags, flags of other countries that are US allies and ceremonial and branch flags.

Earlier on Friday, the Associated Press reported, citing US officials, that the US Defence Department was considering a new policy on displaying flags at military facilities that would ban the use of the Confederate flag, without actually singling it out by name. 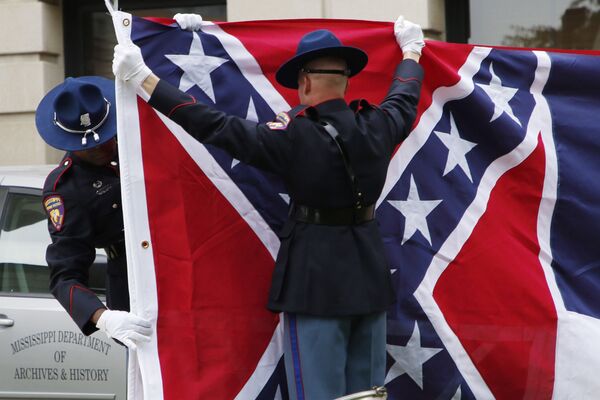 Confederate symbols were targeted during anti-racism protests that recently took place across the US, as well as in Europe. Protesters said that they considered those symbols to glorify racism and xenophobia.

Statues of Confederate generals were dismantled by angry crowds during the protests.

US President Donald Trump strongly criticised the removal of Confederate symbols from public view and also spoke against a ban on flying the Confederate flag, insisting that its display is lawful under freedom of speech.