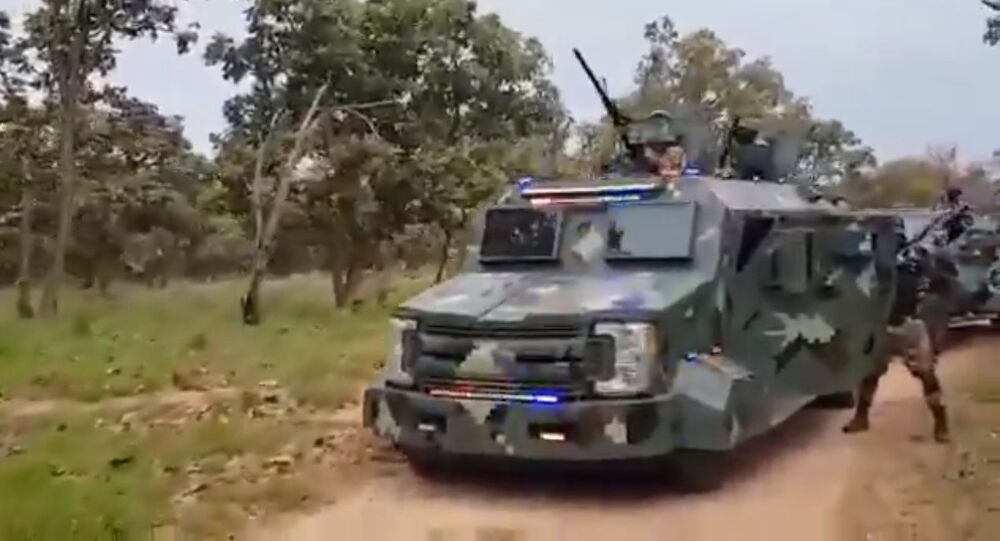 Mexican authorities have long been struggling to cripple the cartels’ power in the country. The government of President Andres Manuel Lopez Obrador has turned to using a new tactic, namely cutting the criminal groups’ recruitment rather than fighting the cartels themselves.

Mexican authorities are currently looking into the authenticity of a video that surfaced on social media on 17 July that appears to show fighters for one of the country’s biggest crime groups – the Jalisco New Generation Cartel (CJNG) – and their unusually high-quality equipment.

The footage shows at least 70 people armed with assault rifles and light machine guns, as well as wearing uniforms and ballistic vests akin to those used by regular armed forces. Adding to the impressive display of power, the video featured at least nine trucks that had apparently been reinforced with armour, and at least nine more pickups. All of the nearly 20 vehicles were equipped with heavy machine guns on top of them, with the trucks having dedicated manholes for gunners protected from the sides.

The impressive showing prompted the government to launch a probe into whether the CJNG, whose insignia could be seen painted on the vehicles’ sides, had somehow managed to obtain military-grade equipment and armoured cars for its own paramilitary troops. However, the secretary of security and civilian protection, Alfonso Durazo, has already described the footage as a “propaganda video”, doubting its authenticity. He stressed that no criminal group in the country could rival the government's security forces.

“There is no criminal group with the capacity to successfully challenge the federal security forces”, Durazo said.

The video’s release comes at a time when Mexico is trying to find a different approach to resolving the problem of the cartels’ growing power. The government of President Andres Manuel Lopez Obrador has namely been trying to cripple the cartels’ ability to recruit new people by fighting poverty and unemployment instead of going to war with the armed criminal groups.