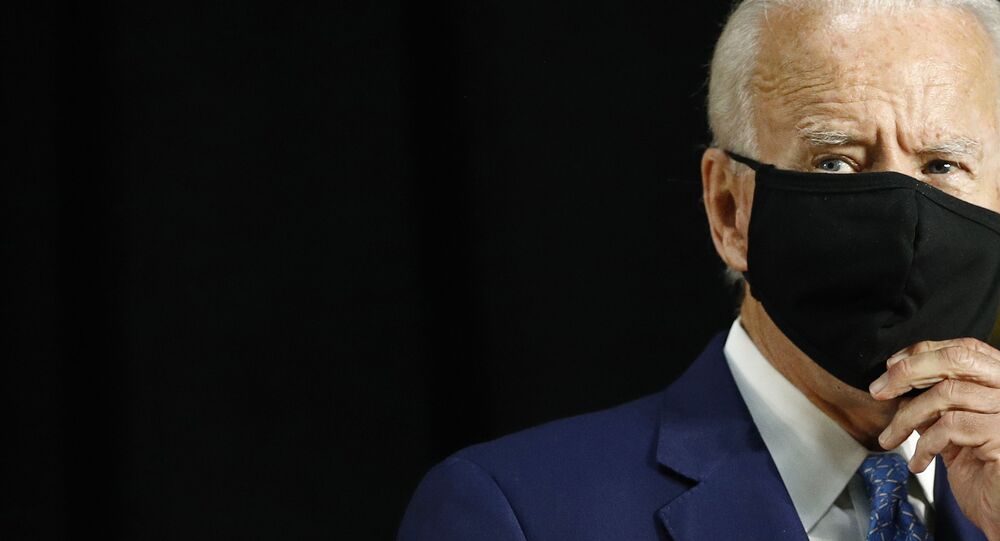 Relations with China and the global trade war will dominate the presidential election in November this year. As former VP Joe Biden pitches his campaign as a return to pre-Trump normalcy, the incumbent president is seeking to accuse his Democratic opponent of being weak in the face of alleged Chinese aggression.

During a virtual fundraiser, the former Vice President "cited an old Chinese proverb" while discussing how to mitigate the impact of coronavirus on women.

According to Dover, Biden was discussing how the economic impact as a result of coronavirus pandemic has disproportionately hurt industries dominated by women, agreeing that the crisis could be called a "she-cession”.

“We’ve got to get real economic relief into women’s hands now", he said before saying that “women hold up half the sky.”

​The quotation in question comes from Mao Zedong who upon gaining power in 1949 championed women's equality to men.

Biden's quoting of the former leader, who died in 1976, has drawn criticism amid rising controversy over China in the run-up to the November 2020 election.

Supporters of the president have dubbed the former VP as 'China Joe' and 'Beijing Biden' in an attempt to associate him with the communist-led country.

​After winning the White House in 2016, President Trump pursued a policy of trade conflict against China, sparked by its alleged "cheating" on global trade. China rejects these accusations and says the US is attempting to curtail the rise of its closest competitor.

Today, China rivals the United States as a geopolitical power, boasting the world's second-largest economy with one of the world's fastest rates of GDP growth since 1979.