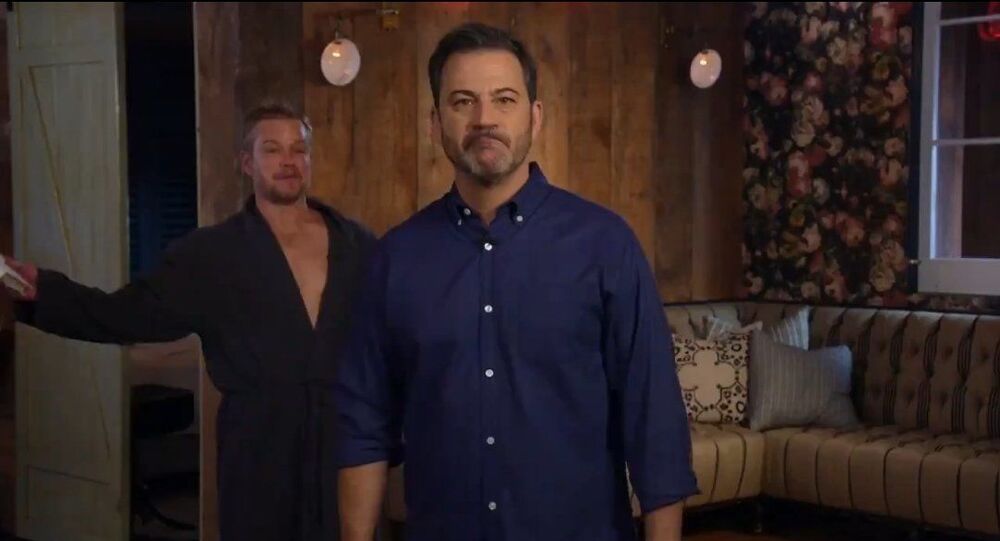 Since the killing of George Floyd on 25 May, an anti-racism movement has occurred worldwide and many companies and individuals are facing up to racist actions in the past. Jimmy Kimmel’s apology is one of many and comes as the entertainment industry confronts its offensive depictions of black characters.

Late night tv host Jimmy Kimmel has apologised after receiving complaints over his use of blackface makeup while impersonating black celebrities such as basketball player Karl Malone, Oprah Winfrey and Snoop Dogg in past sketches.

The 52-year-old television host issued a statement on Tuesday saying, “I have long been reluctant to address this, as I knew doing so would be celebrated as a victory by those who equate apologies with weakness and cheer for leaders who use prejudice to divide us.”

He admitted that the delay was a “mistake” and apologized to those who were “hurt or offended” by the makeup he wore or the words he spoke.

Kimmel explained that he did a recurring impression of Malone on his radio show in the 1990s and continued impersonating the NBA player on television.

“We hired makeup artists to make me look as much like Karl Malone as possible. I never considered that this might be seen as anything other than an imitation of a fellow human being, one that had no more to do with Karl’s skin color than it did his bulging muscles and bald head,” his statement read.

“I’ve done dozens of impressions of famous people, including Snoop Dogg, Oprah, Eminem, Dick Vitale, Rosie, and many others. In each case, I thought of them as impersonations of celebrities and nothing more,” he continued.

He admitted that he finds these sketches “embarrassing” now but is frustrated that they will be used as a “weapon” to diminish his criticisms of social and other injustices.

Kimmel announced that he would be taking the summer off and added that he has “evolved and matured” over the last 20 years. He will return to work in September.

The television and film industry has also come under fire over depictions of black people and some actions have been taken in response.

Gone With the Wind was temporarily taken down by HBO Max until a disclaimer was added about the 1939 movie's depiction of Black characters and slavery.

It has recently been revealed that Tina Fey has requested that four episodes of 30 Rock that feature blackface be taken down and UK sketch show Little Britain has also been removed from different streaming services due to sketches that have caused offence.