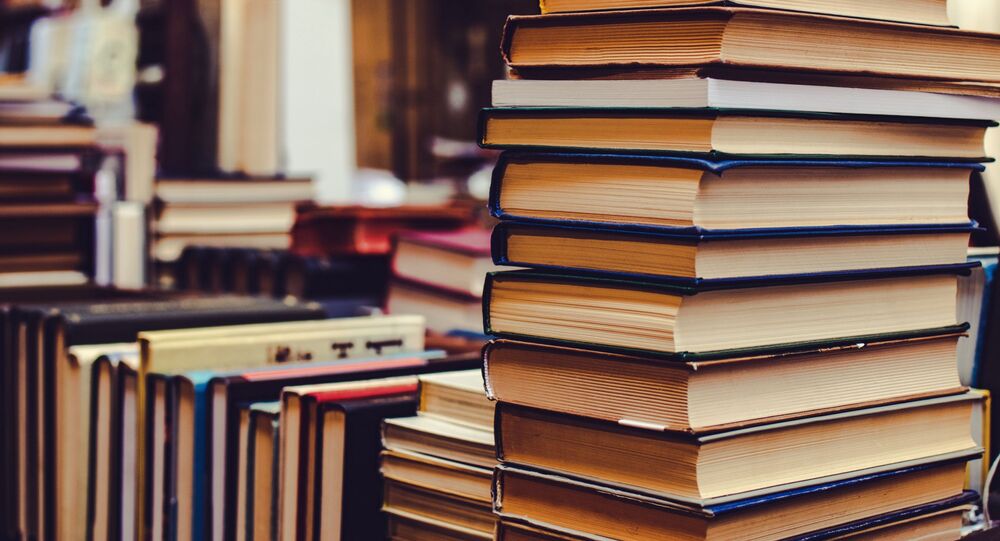 It’s safe to say that almost any book about the US president and his administration is bound to be a hit. Many of them cause a stir long before their publication, which is the case with John Bolton’s upcoming memoir too, but they seem to fade from memory one after the other, only to be replaced by a fresh “exposé”.

The Room Where It Happened, a damning memoir by Donald Trump’s former national security adviser John Bolton, is coming out tomorrow.

The book has already topped Amazon’s bestseller list, not least due to it being dubbed in the media as “shocking” and a “broadside that could sink Trump”.

Bolton’s memoir, however, isn’t the only front-row or behind-the-scenes account of Donald Trump’s presidency.

Reporters and former members of Trump’s inner circle have offered multiple best-selling revelations about his administration, which have been billed as “explosive” but turned out to have little to no actual impact.

For those who don’t have the time, here’s the nub: details may vary, but every book appears to portray Trump’s White House as dysfunctional and disloyal. The president routinely bashes these stories and their authors and sometimes tries to halt publication.

For others, here’s the list of the most controversial Trump “exposés” that have hit the market, in paperback and hardcover (pre-order price guarantee).

Fire and Fury: Inside the Trump White House

The book by journalist Michael Wolff about the first year of Donald Trump in office caused a row with his administration before its release in January 2018.

Wolff, who claimed to have enjoyed extraordinarily unsupervised access to the White House, wrote that staffers hold Trump in low regard and that the president uses to repeat the same stories word-for-word within ten minutes, struggles to recognise old friends, does not read, and (the horror!) eats cheeseburgers in bed.

The book, which notably dealt loosely with facts, triggered fire and fury from Trump who described it as “phony”, but the publishers defied a cease-and-desist letter and moved up the release date by four days due to “unprecedented demand”. It became a New York Times bestseller, and was followed by a grossly overlooked 2019 sequel.

Fear: Trump in the White House

Released in September 2018 by the reputed Bob Woodward, Fear details what the Watergate reporter called an “administrative coup d’état.”

According to the book, some White Officials made attempts to sabotage Trump’s directives, including by stealing draft orders from his desk.

Trump stated that Fear was “just another bad book”, although its release reportedly sparked a hunt for disloyal members within the administration who cooperated with Woodward.

The publishers, Simon & Schuster, said that Fear became their fastest-selling book ever with 1.1 million copies sold in the first week.

When defending his mental health at the time of Wolff’s release, Trump praised himself as a “very stable genius.” He liked that phrase so much that he repeated it more than once from then onwards.

The eponymous 2020 book from The Washington Post’s investigative reporter Carol Leonnig and White House bureau chief Philip Rucker doubled down on the general vision of the Trump administration depicted in Fire and Fury.

It portrayed the White House as a “virtual Tilt-a-Whirl”, where Donald Trump is “pressing the buttons like a carnival-ride operator”. Trump was said to exhibit “gaping holes” in his knowledge of history and refer to generals as “dopes and babies”.

Unhinged: An Insider’s Account of the Trump White House

Omarosa Manigault Newman, Trump’s once-loyal assistant and communications director at the Office of Public Liaison in the first year of his presidency, was the first aide to dish some dirt on the president.

Her book, titled Unhinged, came out in August 2018, ten months after she was fired for abusing the White House car service. Apart from attacks on Trump’s physical and mental health, its core accusation is the existence of a tape of the president saying the N-word on the set of The Apprentice at the time when he was hosting the show.

Omarosa claimed in the book that she had been told about the tape by a reliable source. However, after the book went to print, she claimed that she had heard the recording in person. When asked why she had not heard it before writing the book, Omarosa said its owner was “afraid because of the forces working to stop it coming out”.

Trump maintained that he had never used the word and called her names. No N-word tape has been released to date. The former Apprentice star did release far less explosive secret recordings in which Donald Trump regrets her leaving the White House and the wife of Eric Trump, Lara, offers her a $15,000-a-month job seen by Omarosa as an attempt to buy her silence.

Omarosa rejected the money, but fortunately the book landed her on top of the New York Times bestseller list.

Team of Vipers: My 500 Extraordinary Days in the Trump White House

Following in Omarosa’s footsteps was Cliff Sims, the White House communications aide who got fired in May 2018 after 18 months in the job (apparently for leaks to the media coming from his office).

Sims published a brand new “tell-all” in January 2019. It mainly focuses the criticism on Trump’s inner circle, rather than on the president himself.

The staffer, who reportedly banked a seven-figure advance from the publisher, described high-profile members of the administration as selfish and ruthless liars and himself as a naïve man who questions whether he is betraying his moral ideals.

Trump lashed out at Sims, calling him a “low-level staffer” who “pretended to be an insider when in fact he was nothing more than a gofer.”

​The president’s campaign committee announced a lawsuit against Sims for allegedly violating the White House non-disclosure agreement. Sims sued in response, accusing the government of illegally trying to silence him.

Too Much and Never Enough: How My Family Created the World's Most Dangerous Man

After John Bolton’s memoir has its five days of fame, all eyes will be on Too Much and Never Enough, the only tell-all book about Trump written by a Trump.

Mary L. Trump, the president’s niece and the daughter of his late older brother, is expected to include “intimate and damning” conversations about Donald Trump with his family members and address a 2018 New York Times investigation into his suspicious tax schemes that she apparently sourced.

Donald Trump said that Mary had signed an NDA during a court battle over his father’s will 20 years ago and is “not allowed to write a book”. The fate of the family tell-all, scheduled for release on 11 August, is unclear.