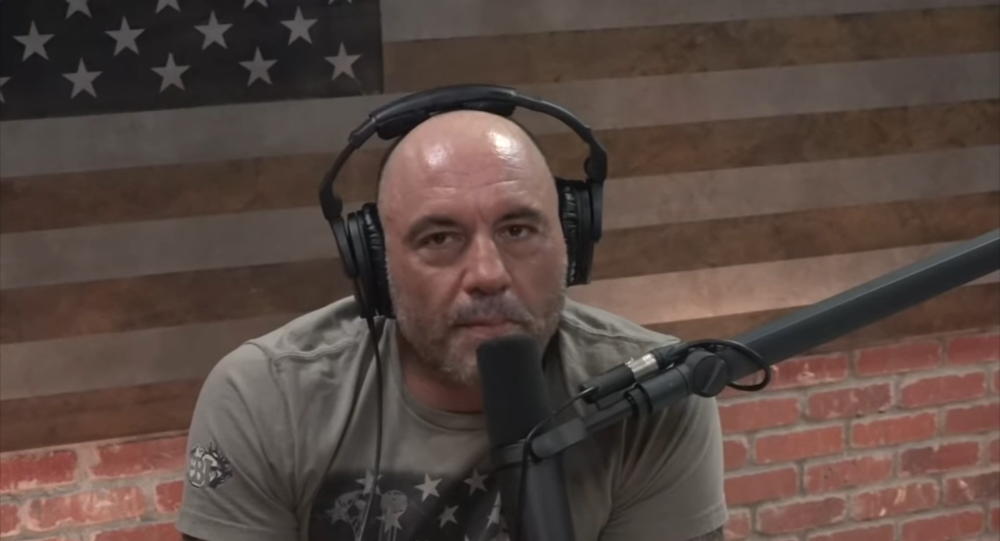 Joe Rogan, a comedian and host of the 'Joe Rogan Experience', is known for personal interviews with high-profile figures. The host recently attracted controversy for comments he made in previous episodes.

Prominent online podcast host Joe Rogan has been criticised after a video emerged showing him and a fellow comedian laughing about pressuring women to perform sexual acts.

The clip was tweeted on Wednesday and came from a 2011 episode of his podcast and began to circulate on Friday evening.

The clip includes Rogan and Joey “Coco” Diaz talking about not allowing female comedians to go on stage unless they gave him oral sex.

“That’s the gateway into coming to Hollywood, everybody knows that”, Diaz says in the clip.

Rogan then asks how many girls he did this to, to which Diaz responds with the numeral "20". The podcast host then laughs out loud and claps his hands together.

Twitter users were angered, with some saying that this kind of behaviour is why women do not ordinarily report sexual assault.

Have I mentioned how despicable I think Joe Rogan is?

"Oh, he's a comedian."
"But he hosts the interesting guests"
"He smokes a lot of dope. He was just high"
"Both sides, baby. Settle down." https://t.co/RgYd9ZTpTt

Imagine having a platform like @joerogan and using it to make fun of people wearing masks, elevating sexual assault and getting people to say racist stuff.

Joe Rogan used to be the guy that made people eat cow balls and then jump off of flaming cars or whatever. His opinion is dumb.

​Others wondered what was so funny about the matter - or whether Joe Rogan himself was funny.

If you ever thought Charlemagne or Joe Rogan were cool or smart past the age of like 14 I really don't know what to tell you. You might just be hopeless.

for like the 5th time, joe rogan was never funny. he is literally that dude in college who acts liberal to try and attract women

​While people targeted the music streaming service Spotify for signing a $100 million deal with Rogan, the company responded by claiming that all shows are subject to their content policies.

We understand where you're coming from and Spotify doesn't support that. Joe Rogan’s show is subject to our content policies. In case you see any offensive content in our platform itself, could you send us a DM with the Spotify URI? We'll be here for you /SO https://t.co/ldFdZRiNAt

Rogan was met with some support, however, as fans said that Spotify could not "cancel" Joe Rogan.

The cancel culture is hunting for Joe Rogan. They are attacking him about an interview from a 2011 episode of his podcast. pic.twitter.com/epD5XkXW7D