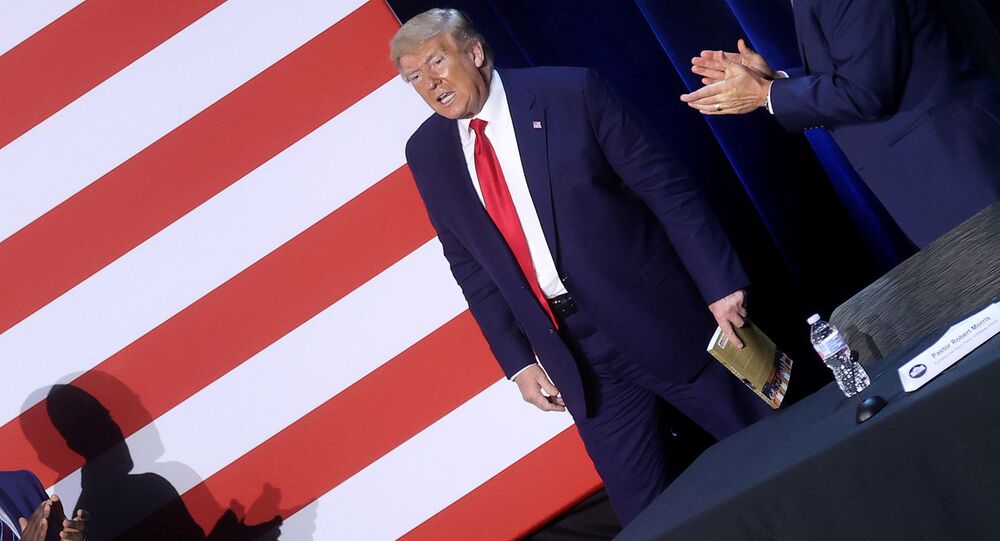 The rally is considered US President Donald Trump’s first big public event since the beginning of the ongoing coronavirus (COVID-19) outbreak in the country. The event, scheduled for Saturday, has been criticised by many health officials, warning it could be a “super spreader” of the respiratory disease.

US President Donald Trump said on Friday in an interview with Axios that he is expecting to “have a wild evening” at his Saturday rally in Oklahoma’s Tulsa City amid the coronavirus outbreak and the ongoing nationwide anti-racism and anti-police brutality demonstrations.

Although the Trump reelection campaign is planning to make the wearing of protective facemasks obligatory for attendees of the rally, which is expected to be attended by tens of thousands of Trump supporters as well as protesters, the president downplayed the notion that either he himself or the rally-goers needing to wear masks.

“I recommend people do what they want,” Trump told the outlet. “I don't feel that I'm in danger. I’ve met a lot, a lot of people, and so far here I sit.”

The president said that his campaign would be giving out free masks at the event, though he insisted that wearing masks is “a double-edged sword”.

After being informed that the country’s top health expert Dr. Anthony Fauci has recommend the wearing of masks at such big events during the virus outbreak, Trump stated that he personally “won't be” wearing a mask at the rally.

“Fauci? I'm OK with that. If people want to wear masks I think that's great. I won't be. Not as a protest but I don't feel that I'm in danger,” President Trump said.

The president said that the rally, his first big public event with a live audience since the beginning of the coronavirus lockdowns across the US, would sent a message to state leaders that they have “got to open up our country”, although the pandemic continues.

As of Friday, the US has registered more than 2.22 million COVID-19 related cases, including 119,112 fatalities.

An ongoing wave of anti-racism and anti-police-brutality protests and rioting across the United States and protesting in many countries throughout the world was triggered by the killing of an African-American man, George Floyd, by a white police officer in Minneapolis, Minnesota on 25 May.

NYT: Trump Advisers Assume He Could Be Unwilling to Run for Re-Election