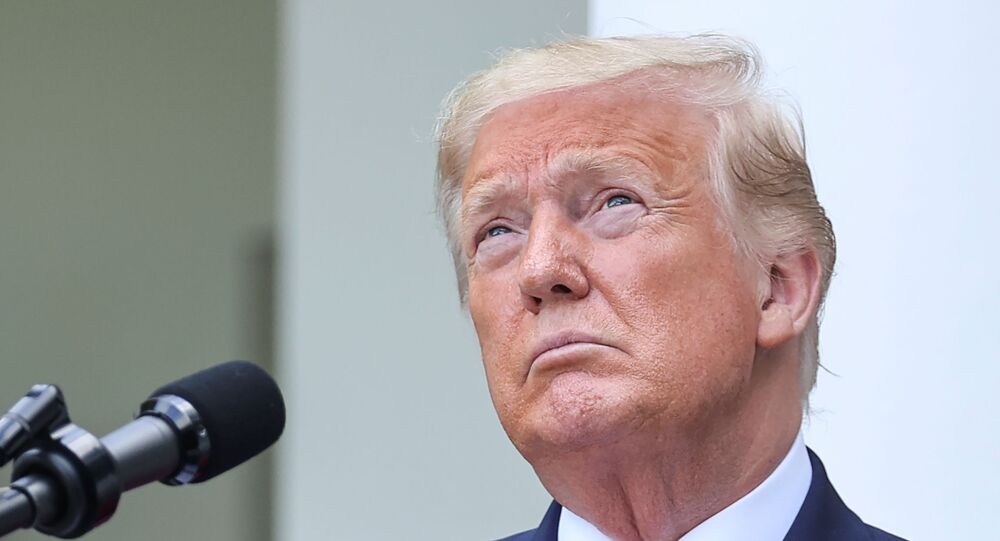 Trump's video caused waves on social media, as it showed an edited version of earlier viral footage of one black and one white toddler - known to be friends - running toward each other and hugging, with dark music and CNN-like captions and an end comment of "America isn't the problem. Fake news is".

Facebook and Twitter have removed the so-called 'racist baby' video earlier posted by US President Donald Trump following a copyright claim by one of the parents of a toddler in the video. Before it was taken down, it had over 4 million views on Facebook and over 20 million on Twitter.

Jukin media, a company representing the creators of the initial video, including the toddler's parents, released a statement saying that "neither the video owner nor Jukin Media gave the president permission to post the video, and after our review, we believe that his unauthorized usage of the content is a clear example of copyright infringement without valid fair use or other defence."

Spokespersons from both social media platforms referred to the copyright complaint when commenting on the matter.

"We received a copyright complaint from the rights holder of this video under the Digital Millennium Copyright Act and have removed the post", a Facebook spokesperson told NBC News.

It was echoed by a Twitter spokesperson's statement, cited by NBC.

“Per our copyright policy, we respond to valid copyright complaints sent to us by a copyright owner or their authorized representatives", the statemend said.

The video posted by Trump showed a heavily-edited interaction between two children, one black and one white, who hug each other after running toward each other in recognition. In the beginning of the Trump version, however, the footage is edited with ominous music and CNN-like captions that display the grammatically incorrect phrase: "terrified todler[sic] runs from racist baby". The video then reveals the friendship between the two children but takes a turn away from their happiness with the phrase: "America isn't the problem. Fake news is".

Earlier, Twitter labeled the post "manipulated media", noting that it was "edited and doctored with a fake CNN chyron". A Twitter spokesperson suggested that it might have been done to "give people more context".

CNN reacted to the publication as well, citing its real version of the viral video.

"CNN did cover this story – exactly as it happened. Just as we reported your positions on race (and poll numbers). We’ll continue working with facts rather than tweeting fake videos that exploit innocent children", CNN Communications responded to the Trump campaign, inviting the president to "be better", a phrase used by Trump's wife, Melania, for her own branded social media campaign.

​Heated exchanges between Trump and social media are on the rise, and his posts and tweets are increasingly flagged or removed. After labeling Trump's tweets on the George Floyd protests that used the line "when the looting starts, the shooting starts", as well as the Trump's tweets regarding mail-in voting, Twitter removed a Trump campaign video 'tribute' to George Floyd that denounced aggressive protesters and praised peaceful demonstrations.

Facebook further removed a Trump campaign ad that displayed a red triangle, after pointing out that the symbol was widely used in 20th century Nazi concentration camps. A Trump spokesperson asserted that the triangle was only an emoji while falsely claiming that the symbol had been used by the Antifa, a loosely organized protest group.

Conflict between Trump and social media escalated again after the president announced that he would introduce a new executive order that would make suing social media platforms easier. Trump also complained that social media is being "controlled by the Radical Left".