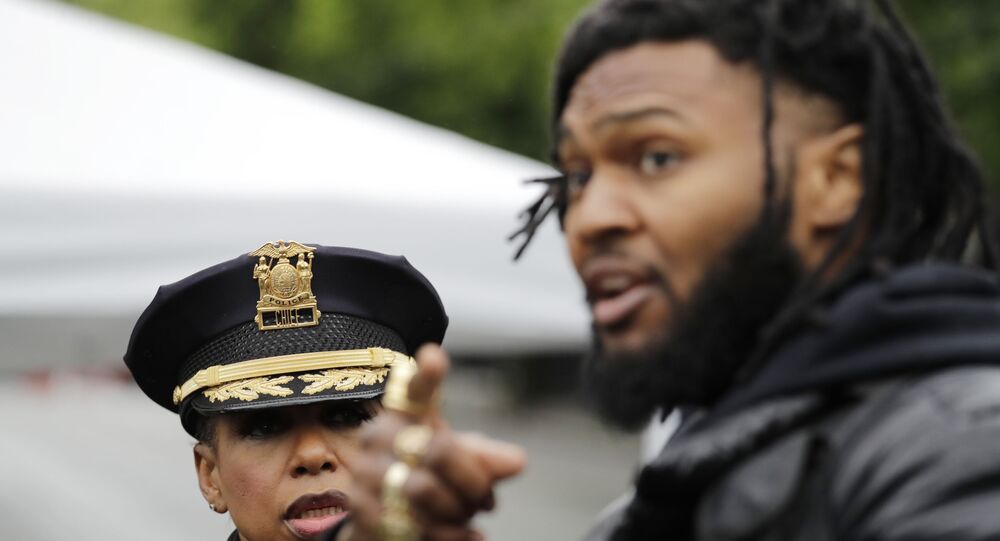 Following Seattle Mayor Jenny Durkan’s decision to completely withdraw the police from the East Precinct, several blocks of the city's downtown have wound up in a state of lawlessness, with BLM protesters de-facto running the district.

A video showing US hip-hop artist Raz Simone handing out rifles to passers-by in the Capitol Hill Autonomous Zone (CHAZ, also called CHOP) has been circulating on the Internet recently. The footage was reportedly uploaded by the singer himself on 10 June, but was not available on his Facebook page at the time of publishing.

Simone has been labelled by some media outlets as the "warlord" of the CHAZ and the "zone’s de facto enforcer" by others, which comes as no surprise since the six-block area in Seattle's downtown was stripped of its police presence a week ago following major clashes between Black Lives Matter protesters and law enforcement. The hip-hop artist himself denounced the "warlord" title and only claims to be protecting protesters from aggressive people.

His methods, purportedly shown in the video, may however raise some eyebrows. Simone could be heard asking people on the street if anyone was 18 years old or older and knew how to handle a gun. When one of the people, who, as some netizens have noted, might be under 21, raised his hand, the self-appointed CHAZ "sheriff" handed him a rifle and told him how to load it.

The young man did not provide any ID to prove that he was older than 18 and Simone seemingly didn't care. The law in Washington state actually requires that a person be 21 or older to carry rifle on the street, but apparently in the absence of police there was no one to enforce it. The singer himself, judging by the video, ignored the law completely and instead went on an improvised patrol of the CHAZ with his new, armed "deputy".

The emergence of the CHAZ/CHOP was preceded by weeks of protests over police brutality against African-Americans and in favour of "defunding the police" that rocked US cities from coast to coast. The demonstrations, which sometimes turned into riots, were sparked by a Minneapolis police officer killing local African-American man George Floyd during his arrest. One of the officers placed his knees on Floyd, who was pinned to the ground while pleading for air, until he died after struggling to breathe for nearly nine minutes. The protests have still not stopped, even after all the involved officers were charged with murder or aiding and abetting.