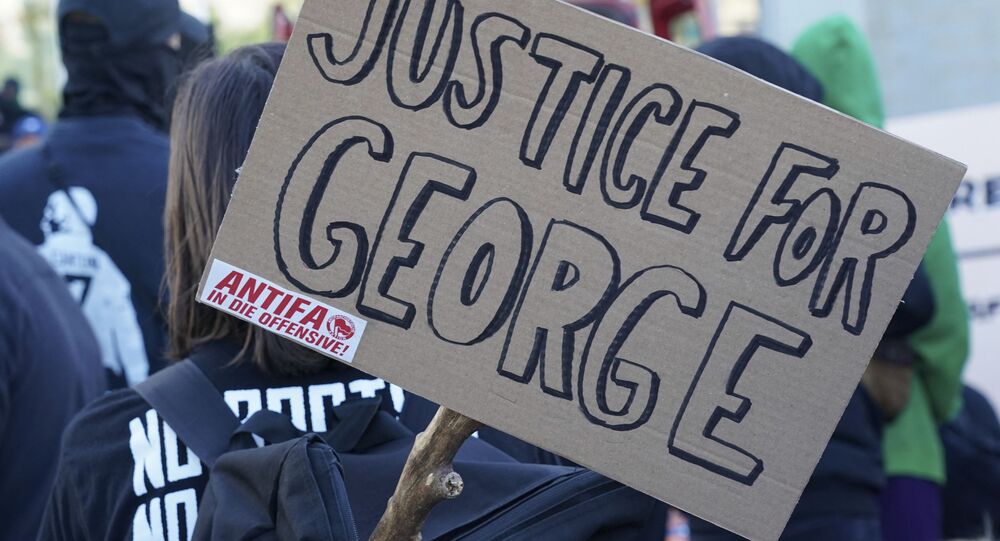 Minnesota’s Minneapolis Police Department (MPD) has come under additional scrutiny for its handling of George Floyd’s in-custody death, following the Monday release of a recording between a Minneapolis police dispatcher and a sergeant.

The audio in question, made public via the city government’s website on June 15, was the May 25 phone conversation between an unnamed police dispatcher and a supervisor of the MPD.

The Memorial Day killing of Floyd began with Minneapolis cops responding to a $20 “forgery in progress” call near grocery store Cup Foods. Footage taken from the scene shows several MPD officers applying pressure to Floyd’s body, and they have been charged in connection with the 46-year-old’s death - which was declared a homicide.

The audio below begins after the 911 dispatcher had viewed live footage of Floyd being killed by police.

“You can call me a snitch if you want to, but we have the cameras up,” the unnamed dispatcher says to the police supervisor.

In a phone recording released this afternoon, a Minneapolis Police dispatcher watching a video feed of officers holding George Floyd down called a Sergeant to report it. The officers hadn't done so. (The knife reference is an unrelated call.) pic.twitter.com/evgYww8kSN

“They got something out of the back of the squad, and all of them sat on this man, so I don't know if they needed you or not, but they haven't said anything to me yet,” she notes to the sergeant, explaining that it was unclear if the force used was warranted.

The Star Tribune reported that despite the supervisor being alerted to the scene, dispatch data on the incident noted that the first supervisor - Sgt. David Pleoger - did not arrive at the scene until 37 minutes after Floyd was engaged by officers. It’s not clear whether Pleoger is the supervisor whom the dispatcher is speaking to in the recording.

MPD policy requires a supervisor to be alerted any time force is used, and that official usually responds to the scene, according to the local outlet. However, no supervisor was present when Floyd’s unresponsive body was placed in an ambulance.

It’s apparent that ex-Officer Derek Chauvin “had his knee on Mr. Floyd’s neck for 8 minutes and 46 seconds” of that 37 minutes, according to the initial criminal complaint filed against him by the Hennepin County Attorney’s Office.

The MPD has also released a 911 transcript from an unnamed firefighter who asserted that he "literally watched police officers not take a pulse and not do anything to save a man."

"I am a first responder myself, and I literally have it on video camera (clears throat). I just happened to be on a walk so, this dude, this, they f**king killed him so, I ah.." according to Fox 9.

Chauvin, a 19-year veteran of the MPD, is currently behind bars at the maximum-security Oak Park Heights facility in Minnesota and faces up to 25 years in prison if found guilty of his second-degree murder and manslaughter charges.

US Airline Lobby: Passengers Who Break Mask Policy May Have Flying Privileges Revoked