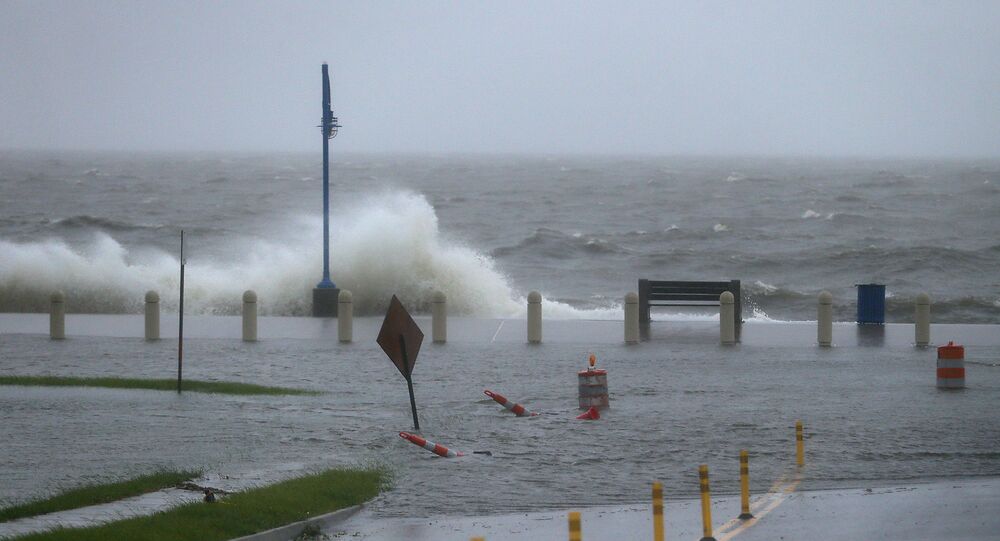 Video: Tropical Storm Cristobal Strikes US With Landfall in Louisiana, Tornado in Florida

Tropical cyclone Cristobal, moving north over the Gulf of Mexico, formed on 1 June in Bay of Campeche after Tropical Storm Amanda, causing landfall and heavy rains in that state.

According to the National Hurricane Service, Tropical Storm Cristobal made landfall in Louisiana on Sunday and caused at least one tornado in Florida, along with flooding and heavy rainfall. Residents of waterfront communities have been evacuated, as areas of Louisiana, including New Orleans and Lake Pontchartrain are shaken by heavy rains, high winds and a tidal surge.

Video shared in social media shows entire neighbourhoods plunged in flowing water as trees are bent by strong winds and waves rise up. Cars drive through the roads covered in water, and people have been urged not to travel.

​Near the Gulf Shore, at least one tornado occurred and was recorded by social media users. The tornado was reported to have uprooted trees and damaged power lines in Lake City near Interstate 75 in Florida, but no casualties have been registered.

From southern Louisiana, Cristobal is moving northeastward towards Mississippi and Alabama.

​Cristobal formed on 1 June in Bay of Campeche from the remnants of Tropical Storm Amanda, sustaining winds from 50 to 60 mph.