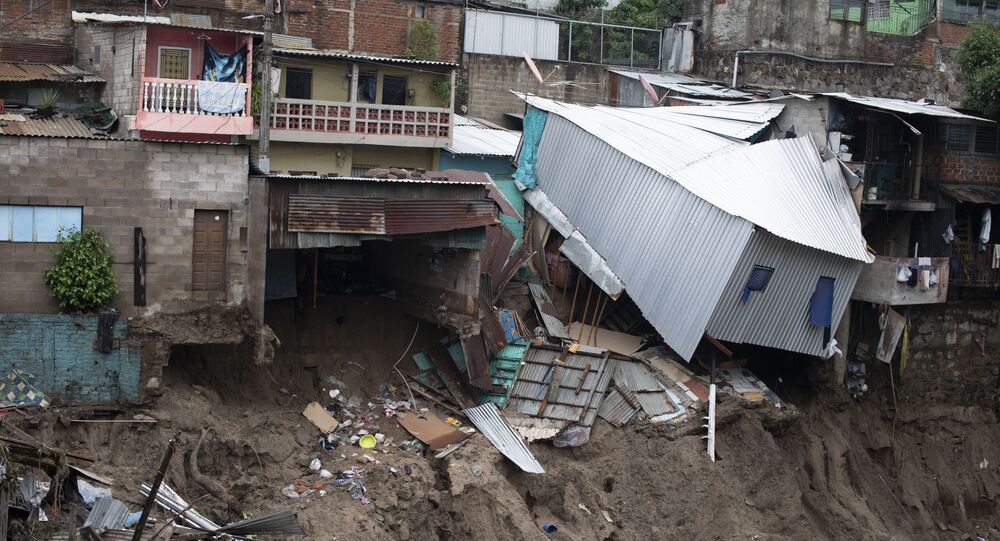 According to the US National Hurricane Centre's advisory, the storm has dissipated but it is expected to produce heavy rainfall over El Salvador, southern Guatemala, western Honduras, and southern Mexico during the next few days.

Earlier in the day, Salvadoran Interior Minister Mario Duran said that the storm took the lives of nine people, adding that the death toll could rise.

i just wanted to share what's going on here in el salvador after we've been hit by the tropical storm amanda. it truly feels like the world is falling apart pic.twitter.com/kKxHiPucBq

A local official stressed, as quoted by the El Mundo newspaper, that four deaths took place in San Salvador, one in Ciudad Delgado, two in Soyapango, three in San Juan Opico. The storm has also caused 34 landslides and 23 floods, he added. There was an eight-year-old child among the victims.

San Salvador, the nation’s capital, was hit hardest by the natural disaster. According to the Interior Minister, 50 houses in the San Salvador metropolitan area were damaged and 23 vehicles were swallowed by a sinkhole. Some 900 families lost homes during the storm, the Salvador news agency reported.

Previously, the country's president Nayib Bukele declared a state of emergency for 15 days to deal with the effects of Amanda.

On Saturday, Amanda was named a tropical depression but on Sunday morning it was rated a storm by the US National Hurricane Centre.