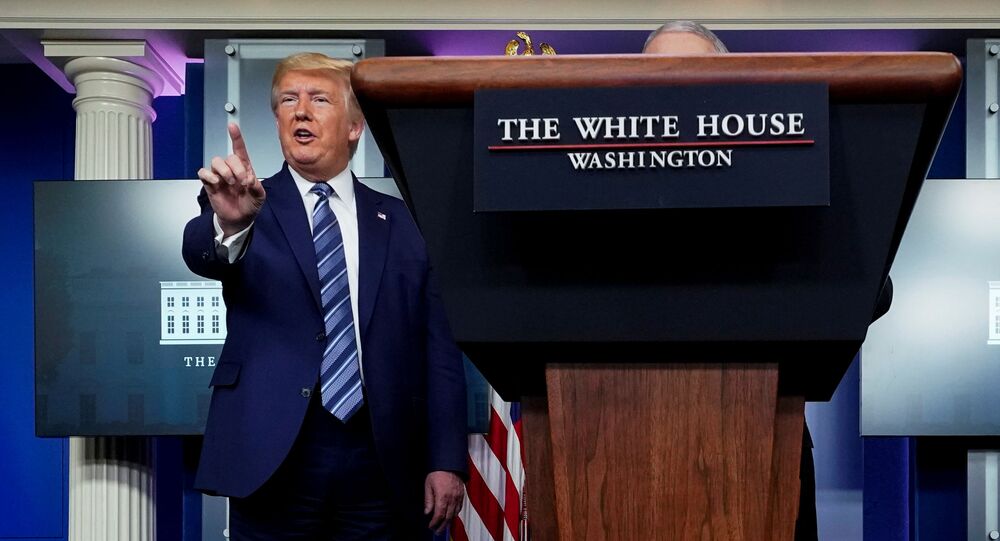 'Piece of Limelight': Trump Insists He Fired Mattis, Hits Back at Ex-Chief of Staff

Earlier on Wednesday, former US Defence Secretary James Mattis released a statement in which he lambasted US President Donald Trump for dividing the American nation and threatening the US constitution. Responding to that, Trump retaliated verbally against Mattis, tweeting that he "had the honor" to fire him.

In a series of tweets, US President Donald Trump reacted to his former Chief of Staff, John Kelly, who earlier pointed out that Trump "did not fire" ex-Defence Secretary James Mattis, since the president had never "asked for his resignation".

Trump rebuked Kelly's claim, claiming that the former chief of staff had "no knowledge" about Mattis's resignation because Kelly was not part of the POTUS inner circle.

...in my inner-circle, was totally exhausted by the job, and in the end just slinked away into obscurity. They all want to come back for a piece of the limelight!

In a follow-up, Trump tweeted that he "did fire Mattis" claiming that the former assisted the latter "to save face" by asking for a letter of resignation.

The problem with asking for someone to give you a letter of resignation, which you do as a courtesy to help them save face, is that it is then harder to say you fired them. I did fire James Mattis. He was no good for Obama, who fired him also, and was no good for me!

​The squabble was sparked by a powerful condemnation of Trump released by Mattis, in which he denounced the president's response to the ongoing protests over George Floyd's death, noting that Trump was urging the US military to violate the constitutional rights of Americans. Mattis also accused Trump of attempting to turn American citizens against each other.

Trump reciprocated on the statement, by suggesting that he had the "honor of firing the world's most overrated General" and continued by stating that the only thing that he had in common with former US President Barack Obama was that they had both "fired" Mattis and finallt asserting that he was "glad" that Mattis was gone.

Progressing with his response, Trump tweeted a copy of a letter written to Mattis by John Dowd, "retired Marine and Super Star lawyer", as the president described him. Dowd, a legal advisor to Trump, had denounced Mattis for condemning Trump's response to the protests, asserting that those who Mattis referred to as "peaceful protesters" were "terrorists using idle hate filled students to burn and destroy".

Sparked by the death of George Floyd, who was killed by police officers while being arrested, protests have continued across all 50 of the United States for over a week. In several cities, some demonstrations, faced by an aggressive militarized police response, have turned into violent rioting, looting and arson.