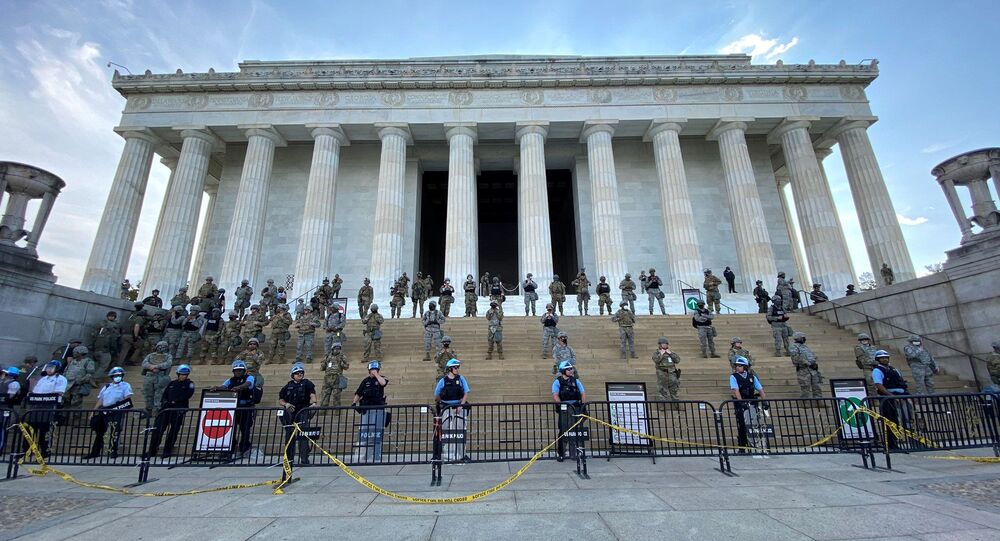 The move followed orders by US President Donald Trump to maximize a US military presence on the streets of Washington DC in an attempt to curb violence during protests over the death of George Floyd.

The Pentagon has deployed some 1,600 US troops in the region of Washington DC after the city faced violent riots earlier amid protests over George Floyd's death. According to a Pentagon spokesman, Jonathan Rath Hoffman, the troops were on "heightened alert status" but did not take part in "defence support of civil authority operations".

"Active duty elements are postured on military bases in the National Capitol Region but are not in Washington DC", Pentagon spokesman Hoffman said in a statement, cited by Reuters.

JUST IN: "The Department of Defense moved multiple active duty Army units into the National Capitol Region as a prudent planning measure in response to ongoing support to civil authorities operations." pic.twitter.com/t9JqfZWVnY

The move comes after Trump announced that "all federal resources", including those of the military, could be mobilized as a means of restoring order in the city. Trump also "strongly recommended" that every state governor deploy the US National Guard in numbers high enough "to dominate the streets", warning that if they failed to do so, he would deploy US military assets in those locations.

On Monday, military vehicles were spotted in Washington DC, as the military police and law enforcement presence increased on the streets.

After some incidents of violence in the nation's capital on Sunday, a curfew was imposed in Washington DC. The demonstrations are the result of anger over the death of an African-American man, George Floyd, who was killed by a white police officer while being arrested. Floyd's neck and chest were pressed to the ground by policemen for nearly nine minutes, despite the victim's pleas that he could not breathe.