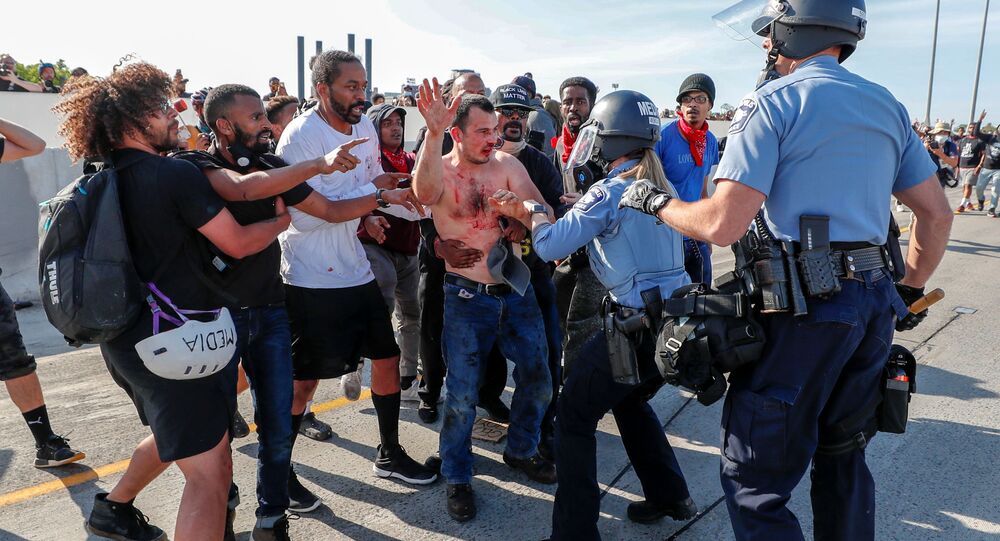 Man Who Drove Truck Into Crowd of Protesters in Minneapolis Charged With Assault, Reports Suggest

MOSCOW (Sputnik) - The tanker truck driver who rammed into a crowd of protesters in the US city of Minneapolis has been charged with assault, CNN reported on Monday, citing authorities.

According to CNN, the Department of Public Safety described the driver's actions as "inciting a crowd of peaceful demonstrators". The man has been charged with assault without the right to bail.

On Sunday, local media released video footage showing the truck driving straight into the crowd of protesters gathered in a street over the death of an African American man in Minneapolis police custody. The protesters scattered and after the truck stopped, people surrounded it and tried to get inside the cab. No one was injured. Police soon arrested the driver, Bogdan Vechirko.

Minnesota Governor Tim Walz on Saturday announced that he was fully mobilising the state's National Guard in response to the protests sparked by the death of George Floyd who died after Derek Chauvin, a white Minneapolis police officer, pinned him to the ground with his knee for over eight minutes last Monday. Chauvin has been charged with third-degree murder and second-degree manslaughter. A total of four police officers have been fired in connection with the incident.

Minneapolis Mayor Jacob Frey stated on Friday that a curfew was being imposed in the city and would last through the weekend, later extending it until Monday morning.