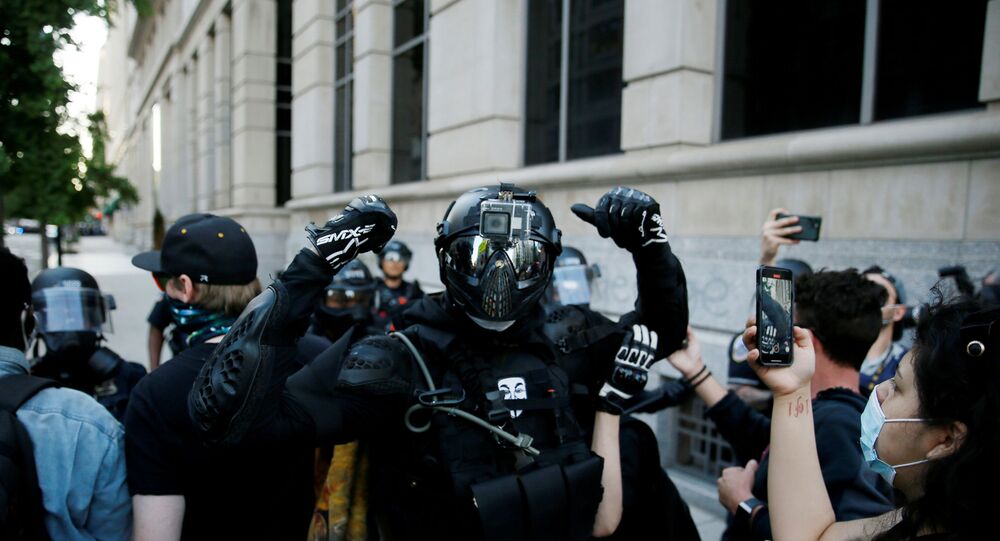 Protesters have hit the streets in Washington DC, Minneapolis, Philadelphia, Chicago, New York City, Los Angeles, and many other cities across the United States for a sixth day in over the death of black man George Floyd. Multiple clashes have been reported, with several officers killed amid the unrest, according to authorities.

Demonstrations have continued in Minneapolis after the National Guard dispersed protesters using tear gas and rubber bullets on Saturday.

Meanwhile, in Chicago, over 200 rioters were arrested and more than 20 officers injured on Sunday. In Washington DC, a curfew was imposed after hundreds of protested gathered in the centre of DC.

Hundreds of New Yorkers took to peaceful demonstrations in Manhattan, after between 300 and 350 arrests were made on Saturday.

Approximately 5,000 US National Guard troops are currently deployed in over a dozen US states, after governors asked for support amid the ongoing unrest.

The nationwide protests erupted after a video emerged online, showing Floyd pinned to the ground by police officer Derek Chauvin, before becoming unresponsive and later dying at a local hospital. According to a release by the Minneapolis Police Department, the man appeared to be under the influence and physically resisted officers when they tried to handcuff him. All four officers involved were fired, while Chauvin has now been charged with third-degree murder and manslaughter.