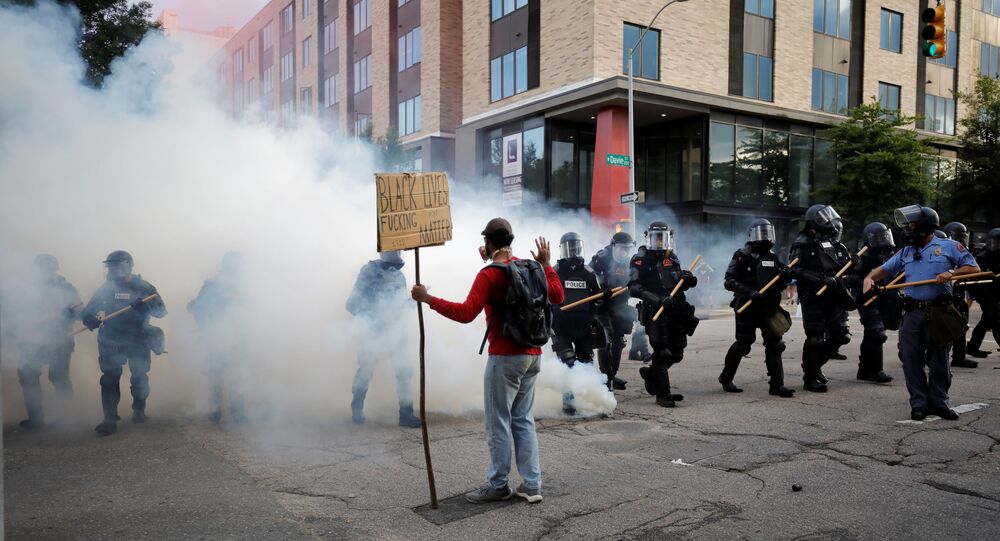 MINNEAPOLIS (Sputnik) - The Minneapolis Police deliberately used pepper spray on journalists, Mikhail Turgiyev, who himself was harmed, said on Sunday, adding that the incident happened after a protest had already been dispersed.

A VICE television crew of four and an agency correspondent found themselves at a gas station during the riots. The US National Guard allowed journalists to remain in the area after protesters were dispersed.

Suddenly, a police minibus drove past and immediately used rubber bullets against the people at the gas station. Once the law enforcement officers heard people screaming "press" and understood that it was private property, they ceased firing. The policemen then ordered everyone to get inside the building.

The journalists knelt down and showed their press cards, nonetheless, one police officer pepper-sprayed a television crew member. One of the officers, clad in a gas mask and standing by a car, approached the reporters and told them something but they could not make out what he said. The reporters thought that the masked officer wanted them to sit in a car.

The RIA Novosti correspondent, who also showed his press card beforehand, was standing beside the car. When he was going to sit inside, another police officer approached him, and the correspondent showed him his badge and told him that he is a journalist. In response, the policeman pepper-sprayed him, without saying anything.

RIA Novosti is a branch of the Rossiya Segodnya International Information Agency that also includes the Sputnik News Agency.

Nationwide protests erupted in the United States after a video emerged on Monday in which George Floyd, an African American man, was filmed pinned to the ground by a white police officer, Derek Chauvin, who was pressing his knee against the man's neck. Floyd repeatedly told the police officer that he could not breathe until becoming unresponsive. He later died at a local hospital.