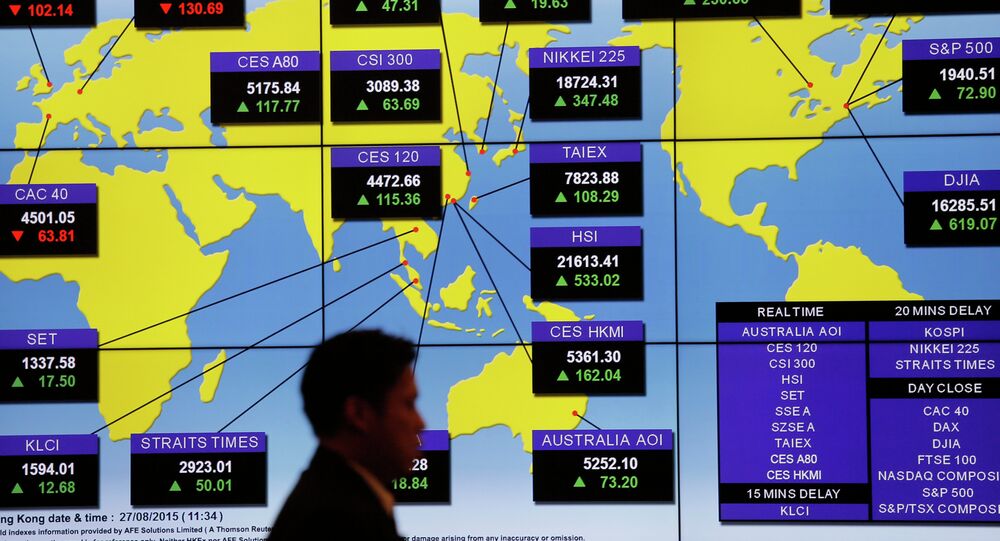 US National Security Adviser Robert O'Brien on 24 May hinted at a possibility of the US using sanctions against China if Beijing impinges upon Hong Kong's autonomy.

US President Donald Trump has stated that he is "displeased" with China's actions regarding Hong Kong, White House Press Secretary Kayleigh McEnany said.

"He [Trump] said to me that he is displeased with China’s efforts and it’s hard to see how Hong Kong can remain a financial hub if China takes over", McEnany stated.

Last week, US National Security Adviser Robert O'Brien threatened with the possibility of the US using sanctions against China. The remarks came after China's governing Communist Party proposed a bill to ban "separatist, subversive and terrorist activities" along with any form of foreign interference in Hong Kong.

© AP Photo / Ng Han Guan
Russian FM Lavrov Slams US for Trying to Pressure Beijing Over Hong Kong Security Bill
The National People's Congress is expected to vote on the bill on 28 May. The initiative has provoked another wave of protests in Hong Kong, as some are afraid that the bill will curtail the administrative region's liberties and undermine its special position within China.

Earlier in May, US Secretary of State Mike Pompeo expressed doubts about Hong Kong maintaining a significant level of autonomy from China, suggesting that Washington could change its policy towards the special administrative region in light of the alleged interference with the free press, something that the Chinese authorities have denied.