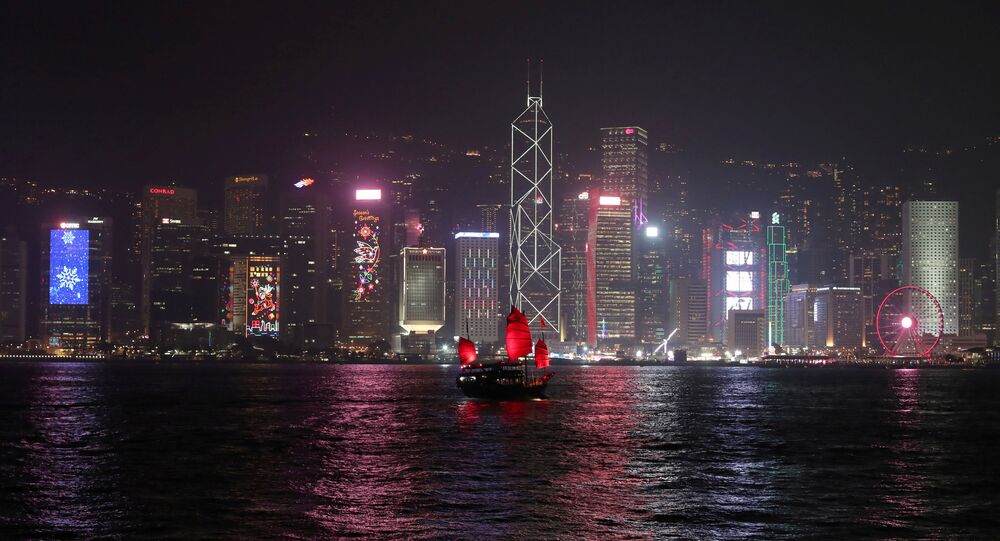 The island enjoys a certain degree of autonomy in terms of its economy and laws, but recently Beijing decided to introduce stricter penalties for treason and sedition in light of the protests that rocked Hong Kong in 2019 and which led to casualties as well as numerous accounts of vandalism.

China's Foreign Ministry has harshly criticised Washington's recent attempts to meddle in its policies towards Hong Kong, vowing to use "every necessary measure" to stop the US from doing so in the future if necessary. The ministry's spokesman Zhao Lijian argued that Washington had "no right to criticise and interfere" in how Beijing regulates its semi-autonomous territory.

"What laws, how, and when Hong Kong SAR [Special Administrative Region] should legislate are entirely within the scope of China’s sovereignty. If the US insists on hurting China’s interests, China will have to take every necessary measure to counter and oppose this", Zhao Lijian stated.

US Interference in Hong Kong Affairs

While Hong Kong does have its own legal system, Beijing has a say in the laws that are applied there. Namely, the Chinese government recently introduced a bill that is yet to be voted on that would make treason and sedition laws stricter, banning activities that could potentially subvert the government or "split the country".

The move was criticised by US National Security Adviser Robert O’Brien, who threatened that Washington would strip the island of its preferential trading status if Beijing doesn't backtrack on the bill. O’Brien argued that by introducing the new law, Beijing was violating its own promise to grant the island significant autonomy.

© Sputnik
US Escalates Threats Against China Over Hong Kong & Taiwan

The new piece of legislation came after Hong Kong was rocked by a series of public protests back in 2019. The protesters demanded the withdrawal of another bill that would have legitimised extraditions to mainland China, but continued their riots even after it was scrapped. The demonstrations often turned violent, resulting in numerous acts of vandalism and injuries to local police officers.