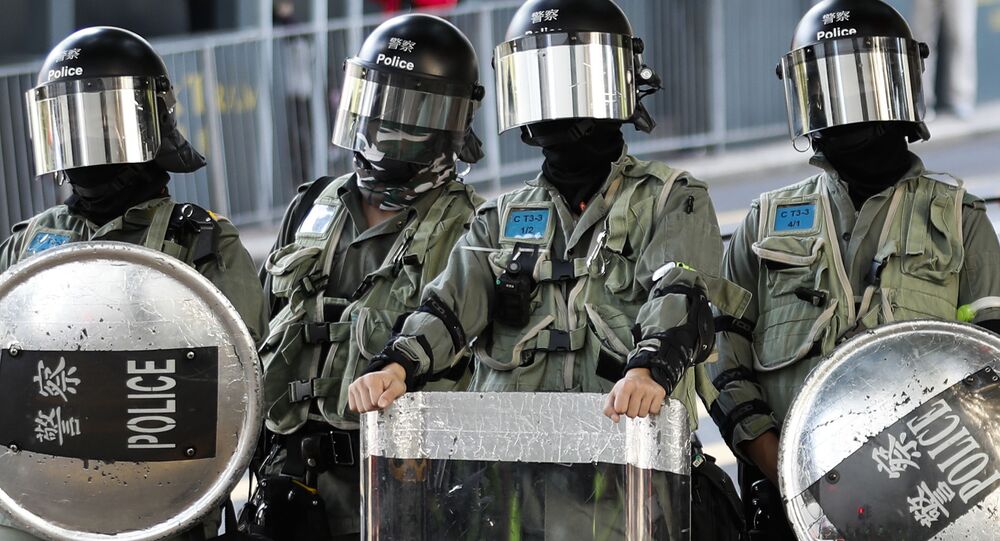 BEIJING (Sputnik) - New security legislation that may be implemented in Hong Kong by the Chinese central government that would ban secessionist and subversive activity is necessary amid a rise in terrorism in the region, as seen in a new wave of protests that took place on Sunday, Hong Kong’s Secretary of Security John Lee said on Monday.

"I fully support the NPC's draft decision on establishing and improving the legal system and enforcement mechanisms for the HKSAR [Hong Kong Special Administrative Region] to safeguard national security which allows Hong Kong to be back on track, ensuring its long-term prosperity and stability", Lee said in a government press release.

According to the security secretary, violent protests that have often resulted in the use of firearms or explosives have become more frequent over the past year. The ongoing tensions resulting from demonstrations calling for Hong Kong's independence are harmful to national security, Lee added.

On Sunday, Chinese Foreign Minister Wang Yi said that implementing new security legislation in Hong Kong must be done without delay as the security situation poses a serious risk to the prosperity of the region.

Hong Kong Chief Executive Carrie Lam has previously given her support to the new legislation, stating that it will allow the authorities to protect civilians.

© AP Photo / LILLIAN SUWANRUMPHA
Anti-extradition bill protesters hold an American flag at a gathering at Chater House Garden in Hong Kong on August 16, 2019. - Hong Kong's pro-democracy movement faces a major test this weekend as it tries to muster another huge crowd following criticism over a recent violent airport protest and as concerns mount over Beijing's next move.

The Chinese central government announced the draft measure during the National People's Congress (NPC) this past week, leading to protests by the region's population on Sunday that resulted in the arrest of more than 100 people.

A wave of protests has swept through Hong Kong since June, when the Chinese central government tabled a new extradition bill that has since been withdrawn, although demonstrations continued throughout the winter months.

Beijing has continually stated that the protests are the result of foreign interference in China's domestic affairs, and the regional authorities have been given the central government's full backing to suppress violence and restore order.