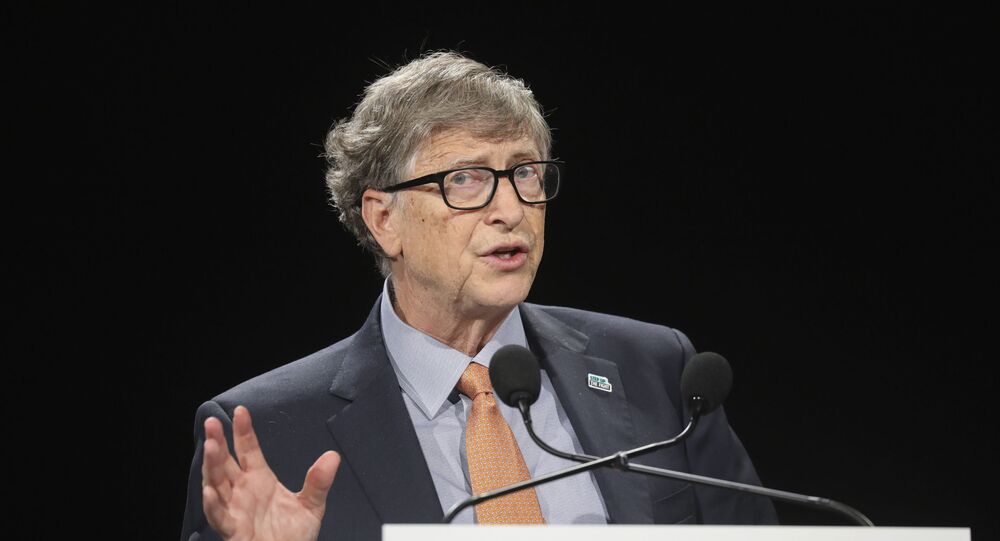 Anti-vaccine campaigners have repeatedly accused Bill Gates of being involved in conspiracy theories pertaining to the coronavirus pandemic. The Microsoft co-founder, meanwhile, has contributed millions of dollars to the development of a COVID-19 vaccine and testing, as part of global efforts to fight the virus.

More than 40% of self-described Republicans and Fox News viewers believe in a conspiracy theory that Microsoft co-founder Bill Gates plans to use a future COVID-19 vaccine in order to implant microchips in billions of people and monitor their movements, a new Yahoo News/YouGov poll has revealed.

Some 26% of respondents, however, rejected the theory as false, and 31% more said that they were not sure.

They were echoed by 45% of independents, 52% of Democrats, and 63% of people who say they voted for Hillary Clinton in the 2016 US presidential election, stating that they don't believe in the vaccine conspiracy theory, especially Gates’ alleged involvement in it, according to the poll.

The survey also found that only half of Americans are ready to get vaccinated “if and when a coronavirus vaccine becomes available”. Twenty-three percent of respondents said that they would not do so, with 27% admitting that they were still sitting on the fence.

The poll comes after a bizarre rant by Italian lawmaker and vocal anti-vax activist Sara Cunial who last week hit out at Gates as she urged fellow MPs to defy any plans for compulsory vaccination against the coronavirus.

In an apparent reference to the billionaire pumping hefty sums into the development of the COVID-19 vaccine, Cunial asserted that “the real goal of all of this is total control” and “absolute domination of human beings, transformed into guinea pigs and slaves, violating sovereignty, and free will".

She went even further by saying that “next time you receive a phone call from the philanthropist Bill Gates forward it directly to the International Criminal Court for crimes against humanity”.

The controversial claims followed the Microsoft co-founder saying in an interview with CNBC in April about “a huge challenge” pertaining to “the efficacy of vaccines in older people”.

“Here, we clearly need a vaccine that works in the upper age range, because they're most at risk of that. And doing that so that you amp it up so it works in older people, and yet you don’t have side effects. You know, if we have, you know, one in 10,000 side effects, that's, you know, way more - 700,000, you know, people - who will suffer from that”, Gates added.

The interview was preceded by the billionaire injecting hundreds of millions of dollars, including $100 million through the Bill & Melinda Gates Foundation, into the coronavirus vaccine and testing, as part of international efforts to tackle the COVID-19 pandemic.

In a separate interview with CNN, Gates described current US coronavirus testing data as "bogus" because of its inaccuracy and slow turnaround, adding that Washington “does not prioritise who gets tested and […] does not make sure you get results in 24 hours”.

President Donald Trump, for his part, pledged that there would be a vaccine against the coronavirus in the US by the end of 2020, adding that the country will have it “much sooner rather than later".