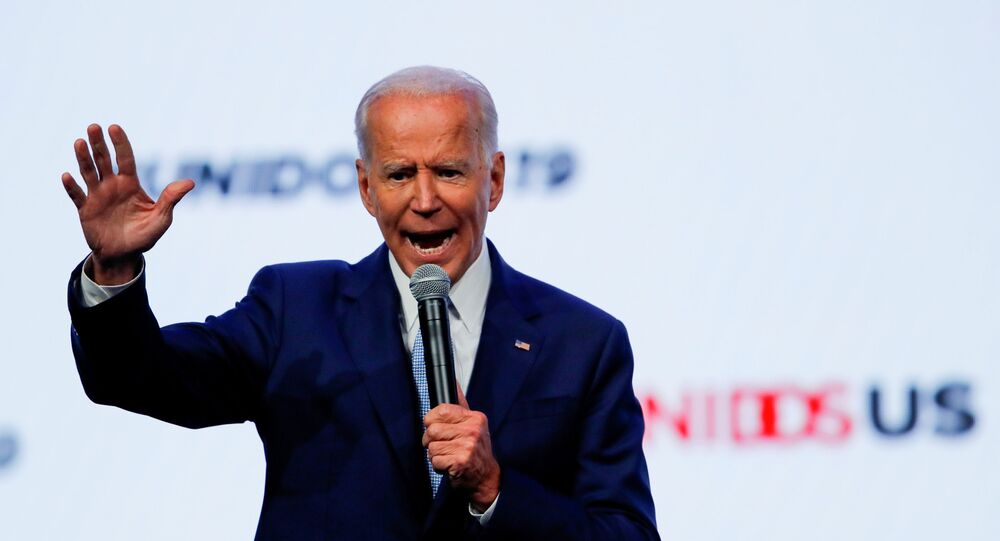 On Friday, the presumptive Democratic presidential nominee sparked criticism after suggesting to the host of "The Breakfast Club" radio show, Charlamagne tha God, that he or any African-American voter who supports US President Donald Trump's re-election “ain’t black”.

The sale of the "#YouAintBlack" t-shirt, listed on the Trump campaign online shop for $30, came hours after the former vice president, during an interview on "The Breakfast Club" radio show taped Thursday and broadcast Friday, suggested that black Americans are not black if they back Trump's re-election.

Earlier on Friday, Biden apologised for his remark, which had sparked widespread criticism.

"I shouldn't have been so cavalier in responding", Biden said during a phone call with the US Black Chamber of Commerce on Friday afternoon, cited by NBC News. "No one should have to vote for any party, based on their race or religion or background".

Biden said that his comment came off "like I was taking the African American folks for granted", adding that "nothing could be further from the truth".

"I've never ever done that, and I've earned it every time I've run. I was making the point that I have never taken a vote for granted", the former vice president added during the call.

Following some outrage on social media over Biden's remark, Democratic campaign adviser Symone Sanders suggested that his comment was in fact a jest, pointing out that the former VP has "spent his career fighting alongside and for the African American community".

The comments made at the end of the Breakfast Club interview were in jest, but let’s be clear about what the VP was saying: he was making the distinction that he would put his record with the African American community up against Trump’s any day. Period.

Sanders also claimed that the Democratic hopeful "was making the distinction that he would put his record with the African American community up against [US President Donald] Trump's any day".

Biden is currently considered the presumptive Democratic nominee in the November 2020 US election against incumbent Republican President Donald Trump who is seeking re-election for a second term.