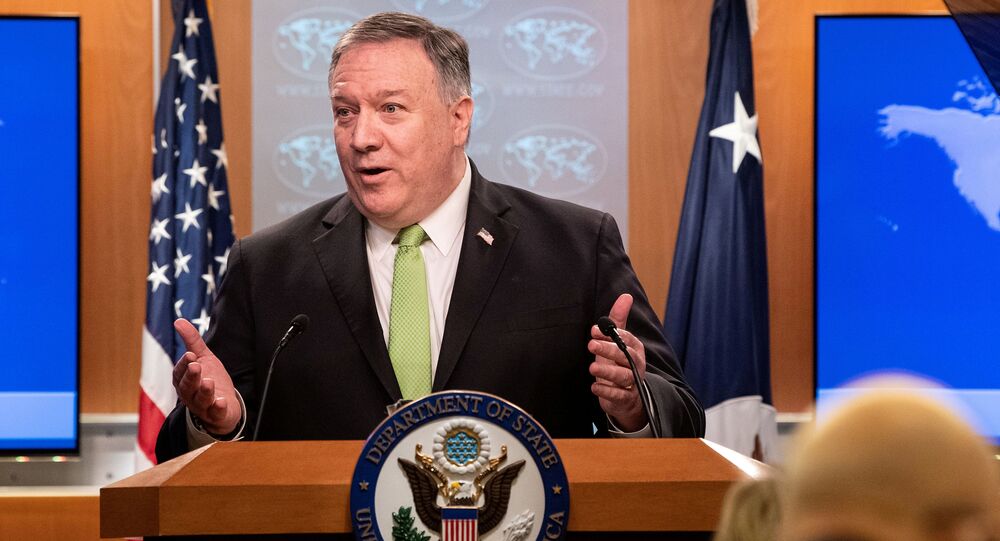 US Secretary of State Mike Pompeo dismissed claims that former US Inspector General Steve Linick was fired as “retaliation” for his alleged investigative work into the secretary’s treatment of his staffers, dubbing such speculation “crazy stuff” during a Wednesday briefing.

The official went on as to say that Linick’s removal should have taken place a long time ago.

“All of us serve at the pleasure of the President of the United States”, Pompeo argued. “In this case, I recommended to the president that Steve Linick be terminated. Frankly, should have done it some time ago”.

Steven Linick was fired by Donald Trump on 15 May. The US president later said that he didn’t “know the gentlemen” he fired but was “happy” to do it after Pompeo asked him to do so.

The IG’s firing sparked speculation, including from US House Speaker Nancy Pelosi, about the possible “retaliatory” nature of Linick's dismissal. Some anonymous congressmen suggested that the move was a result of Linick’s investigation into Pompeo’s efforts to make his diplomatic security staffers run personal errands for him, including walking his dog, something the secretary of state wholeheartedly denied.

However, Pompeo still refused to specify the exact reasons why the IG was fired, despite previously saying that Linick’s work was “undermining” the mission of the State Department.

© AP Photo / Rogelio V. Solis
‘Threat to Accountable Democracy’: Republican Mitt Romney Slams ‘Unprecedented Firings’ of IGs
He noted, however, that earlier this year he was asked to provide “a series” of written responses to the office’s questions, but said that he was not aware of the nature of this potential probe and whether any investigation took place.

The chairman of the House Foreign Affairs Committee Eliot Engel suggested that Linick’s dismissal came as a result of his investigation into Trump’s efforts to sell arms to Saudi Arabia without congressional approval. On Saturday, Engel insisted that the circumstances surrounding Linick's firing would be properly investigated.