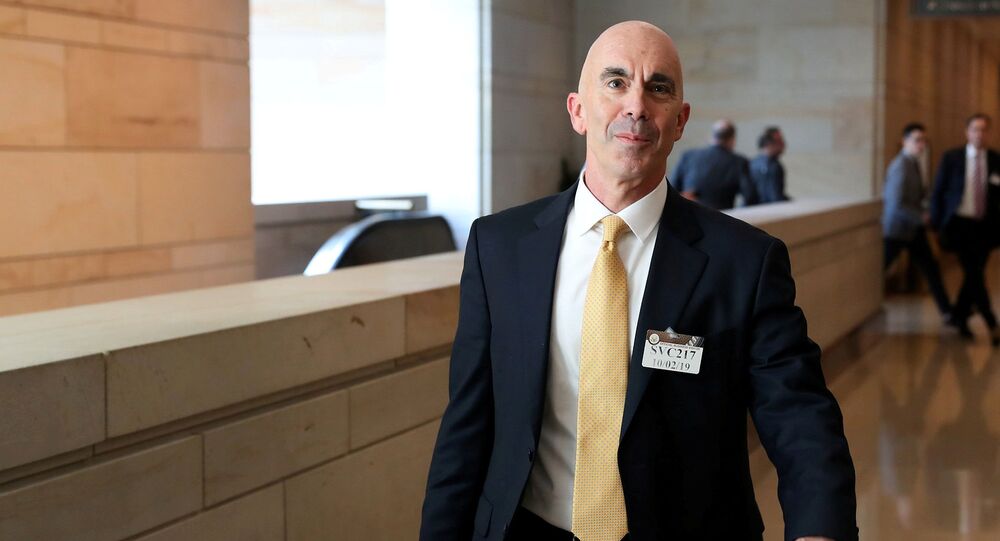 US President Donald Trump reportedly fired the State Department inspector general in a letter sent to Congress late on Friday, saying that he no longer had the "fullest confidence" in Steve Linick, who had been in charge of the oversight office of Washington’s diplomatic arm since his appointment in 2013 by President Barack Obama.

Chairman of the US House of Representatives Foreign Affairs Committee Eliot Engel has claimed that the State Department inspector general may have been fired due to his investigation of President Donald Trump's declaration of an emergency to allow an $8 billion weapons sale to Saudi Arabia, The Washington Post reported.

"I have learned that there may be another reason for Mr. Linick’s firing. His office was investigating - at my request - Trump’s phoney declaration of an emergency so he could send weapons to Saudi Arabia. We don’t have the full picture yet, but it’s troubling that Secretary (Mike) Pompeo wanted Mr Linick pushed out before this work could be completed. The administration should comply with the probe I launched with Senator Menendez and turn over all the records requested from the Department by Friday", Engel said.

The White House and State Department haven't commented on Eliot Engel's statement yet.

Eliot Engel said on 16 May that an investigation would be launched into US Department of State Inspector General Steve Linick’s firing to determine whether it was retaliation for his inquiry into Secretary of State Mike Pompeo.

© AP Photo / Evan Vucci
If Firing of State Dep’t IG Was Retaliation, ‘That Could Be Unlawful’, House Speaker Pelosi Says
According to NBC News, citing two congressional officials assigned to different committees, Linick was underway with an investigation into allegations that Pompeo had made a staffer, a political appointee working as a staff assistant, run domestic chores for him, such as walking the family dog, picking up dry cleaning, and making dinner reservations for the secretary of state and his wife.

The officials were further cited as saying that they were working to learn whether Linick may have had other ongoing investigations into Pompeo.

Linick headed the oversight of Washington's diplomatic arm since his appointment in 2013 by former President Barack Obama. Stephen Akard, director of the Office of Foreign Missions, will serve as acting head of the Inspector General’s Office in the interim, per Trump's recommendation.