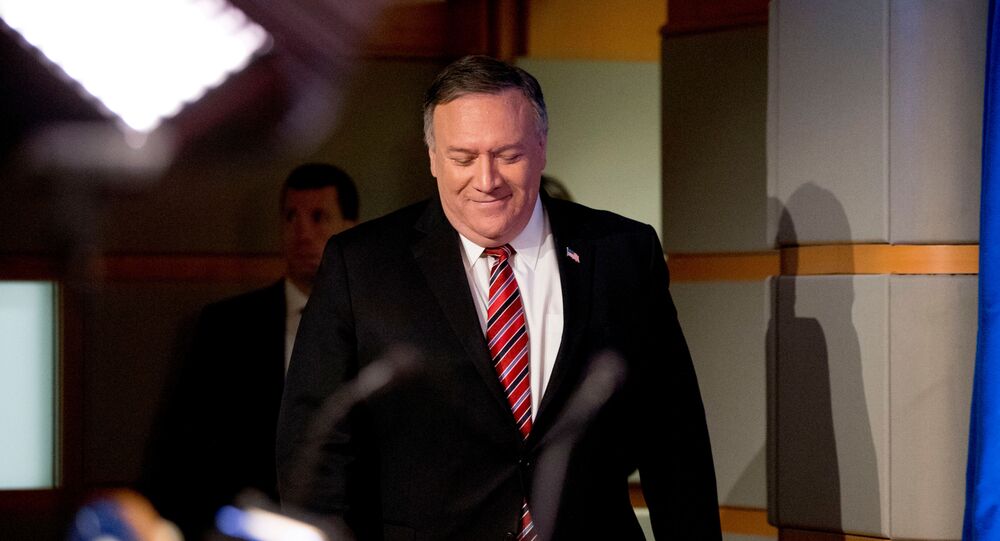 Following the move, House Democrats launched a probe into the firing, which they deemed as "politically motivated", requesting the Trump administration to submit records related to the watchdog's removal by 22 May.

US President Donald Trump fired Linick in a letter sent to Congress late on 15 May, saying he no longer had the "fullest confidence" in the high-ranking official, who had been heading the oversight office of Washington's diplomatic arm since his appointment in 2013 by former president Barack Obama.

Stephen Akard, who currently heads the Office of Foreign Relations, has been chosen as acting head of the inspector general's office. Akard previously served in the administration of then-Indiana Governor Mike Pence, the current US vice president.

Democrats see Linick's firing, which has become the latest in a series of oversight removals by Trump, as an attempt to halt an investigation into Secretary of State Mike Pompeo for allegedly using department aides for personal tasks, according to a Politico report.