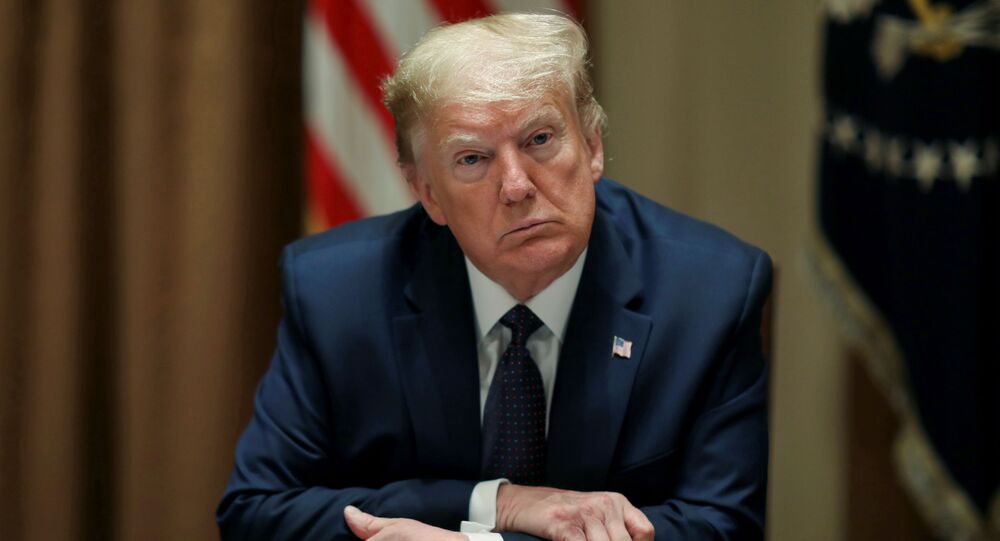 On Saturday, the White House said in a statement that US President Donald Trump had dismissed State Department Inspector General Steve Linick after Secretary of State Mike Pompeo "recommended the move".

“I don’t know the gentleman,” Trump said of Linick. “I was happy to do it. Mike requested that I do it”.

“Maybe he thinks he’s being treated unfairly,” Trump said of Pompeo. “This is a man who has had some controversy, this inspector general”.

Earlier in the day, Pompeo told the Washington Post that he did not know that State Department Inspector General Steve Linick was investigating him and he denied that Linick's firing was retaliatory.

Pompeo said Trump fired Linick, the latter an almost six-year veteran at the job, at his personal request, because he felt Linick's work was undermining State Department work.

“I went to the president and made clear to him that Inspector General Linick wasn't performing a function in a way that we had tried to get him to, that was additive for the State Department, very consistent with what the statute says he's supposed to be doing,” Pompeo said. “The kinds of activities he's supposed to undertake to make us better, to improve us”.

Pompeo denied that he made the request that Trump fire the inspector general as political retaliation.

“It is not possible that this decision, or my recommendation, rather, to the president, rather, was based on any effort to retaliate for any investigation that was going on, or is currently going on,” Pompeo claimed. “Because I simply don't know. I'm not briefed on it. I usually see these investigations in final draft form 24 hours, 48 hours, before the IG [inspector general] is prepared to release them”.

In his appearance before the US House of Representatives Appropriations Committee in 2019, however, Linick said in his first five years in the job, his office had put out over 600 reports and identified $1.7 billion in potential savings.

Linick's firing has set off a political fire storm on Capitol Hill, and Senator Chuck Grassley, a member of Trump's Republican Party, earlier in the day sent the US president a letter asking him to explain the decision to let Linick go.

Also, on Monday, Congressman Eliot Engel, chairman of the House of Representatives Foreign Affairs Committee, suggested that Linick may have been fired because he was looking into Trump's emergency declaration to permit an $8 billion arms sale to Saudi Arabia.

On Saturday, the White House said in a statement that Trump had dismissed Linick after Pompeo "recommended the move". Later that day, the US House Foreign Relations Committee announced that it will look into the circumstances of the IG's firing.

The decision was slammed by US House of Representatives Speaker Nancy Pelosi, who suggested that the move to fire Linick was "in retaliation for something the IG, the inspector general was investigating, that could be unlawful”.