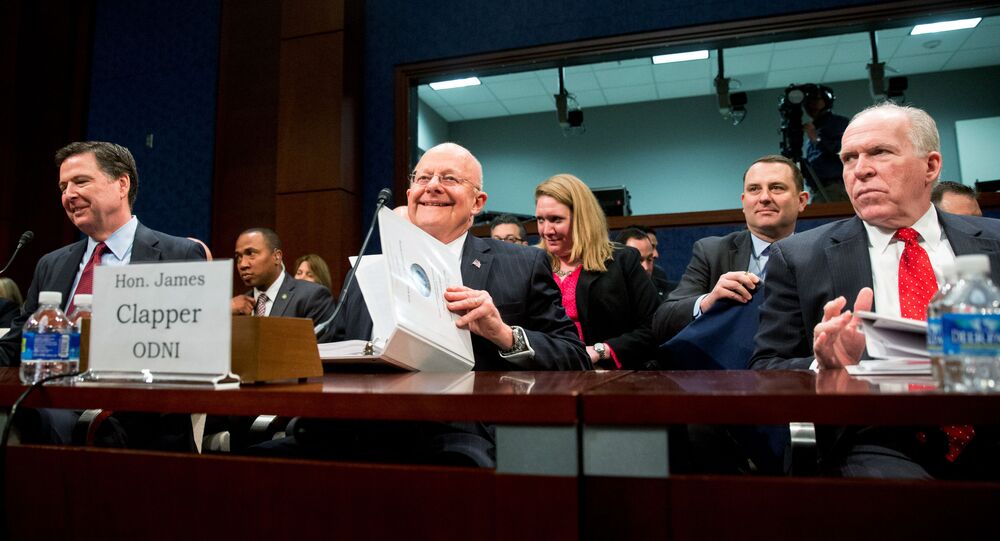 Speaking to MSNBC’s Chris Hayes, Brennan said he felt “very good” that while at the CIA, and serving for the Barack Obama administration, he was “not engaged in any type of wrongdoing or activities” that caused him to “worry about what this investigation may uncover”.

Former Central Intelligence Agency Director John Brennan has revealed he’s yet to be interviewed by John Durham, the federal prosecutor investigating the origins of the Trump-Russia probe - although he claims he’s willing and able to do so as he’s “nothing to hide”.

“I’ve not yet been interviewed by any of those individuals involved in this matter, but I’m willing to do so because I do believe that for too long, the American public have been misled by Donald Trump, by William Barr and others,” he said to MSNBC’s Chris Hayes.

​Durham, US attorney for Connecticut, has been investigating the intelligence community’s investigations and surveillance of associates of Donald Trump 2016 - 2017, and reportedly taking a keen interest in Brennan’s activities, subpoenaing his emails, call logs and other documents in order to determine what he told other intelligence officials, including former FBI director James Comey, about potential Russian interference in the 2016 Presidential election. Durham is also examining whether Brennan privately contradicted various public statements, including his May 2017 testimony to Congress, about whether there was debate among intelligence agencies over Russian interference.

It’s become clear officials who worked on the official Intelligence Community Assessment that concluded the Kremlin did indeed interference in the Presidential vote disagreed fundamentally on whether the Russian state actually wanted to assist Trump win, and whether the salacious contents of ‘Trump-Russia’ dossier compiled by former MI6 operative Christopher Steele, which was funded by the Democratic party, were remotely credible.

Adding fuel to the fire, on 13th May a list of Obama administration officials who submitted ‘unmasking’ requests for information on national security adviser Michael Flynn was released. Among the names are then-Vice President Joe Biden, Comey, Brennan and James Clapper. Denis McDonough, who served as chief of staff to President Obama, also submitted a request on Jan. 5, 2017, the documents show.

#FLYNN unmasking docs include these key details “Each individual was an authorized recipient of the original report and the unmasking was approved through NSA's standard process..While the principals are identified below, we cannot confirm they saw the unmasked information." pic.twitter.com/vz9W3uHPSz

​Unmasking refers to the process by which high-level US government officials request information regarding US citizens mentioned in classified foreign intelligence reports. A flurry of requests were submitted in mid-December 2016, the records show.

Brennan has defended making these requests on the basis he and other Obama administration officials were “carrying out our responsibilities”, and claims he’s in the President’s “crosshairs” for speaking out against “the corruption, the incompetence, the mischaracterizations [Trump] and individuals around him have made to the American public”.

Durham is also investigating some of areas also probed in the Justice Department inspector general’s report on the FBI’s Crossfire Hurricane investigation, which found the Bureau made 17 “significant” errors and omissions in applications for surveillance warrants against former Trump campaign aide Carter Page.

Many of the omissions centered on the Steele dossier - the Inspector General report said FBI investigators withheld information that undercut the theory Page and other Trump aides were working with the Kremlin.