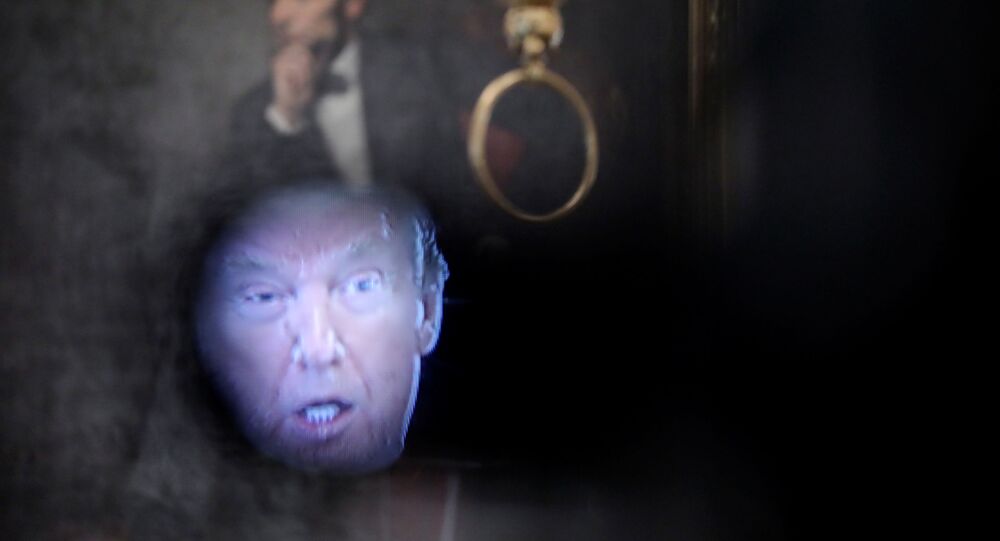 The Transnational Organized Crime (TOC) watchlist is reportedly based on a Terrorist Screening Database created after the September 2001 attacks, that includes those suspected of terrorism.

The administration of US President Donald Trump reportedly created a new Transnational Organized Crime (TOC) watchlist in 2017, authorized by a classified order of the Attorney General and thought to contain over a million names, including those with no connection to terrorism, Newsweek reported, citing unnamed government sources. The TOC will allow the Trump administration to track Americans without a warrant or evidence of crime, the report claims.

To be placed on the alleged TOC watchlist, one must be associated with "transnational" criminal organizations and "front organizations" that might be represented by foreign government entities, according to Newsweek. Political groups such as nationalist parties or information activists can also be watchlisted alongside drug cartels and crime syndicates. Reasons for being added to the list include corruption, money laundering, hacker attacks and wildlife trafficking.

Government sources, cited by Newsweek, say that the TOC watchlist will include "tens of thousands of Americans, reaching into more than a hundred cities across the United States".

According to "guidance" regarding the TOC list presented to Newsweek by an unnamed senior intelligence member, the policy could have "tens of thousands" Americans watchlisted because they visit foreign websites or social media. People can be nominated for the list by local police and even by allied foreign governments.

If included in the TOC watchlist, an individual is signaled to intelligence agencies as a person of interest, either to be watched or "hunted down", as it is an "action" list for law enforcement structures, according to Newsweek.

The new TOC watchlist was allegedly modeled on the Terrorist Screening Database, created after the September 2001 attacks, and, like the earlier database, will allow agencies to collect information on individuals without evidence of a crime.

The US government has not confirmed or commented on the existence of the TOC watchlist. The Justice Department's Privacy Office reportedly declined to give comments to Newsweek, while the government's Privacy and Civil Liberties Oversight Board, currently auditing the terrorist watchlist, did not comment either.

In 2018, reports emerged regarding the US Transportation Security Administration (TSA) secretly tracking ordinary aircraft passengers under a program named "Quiet Skies", suggesting that US air marshals would observe all 'out-of-pattern' passengers. The existence of Quiet Skies has not been confirmed by the TSA.