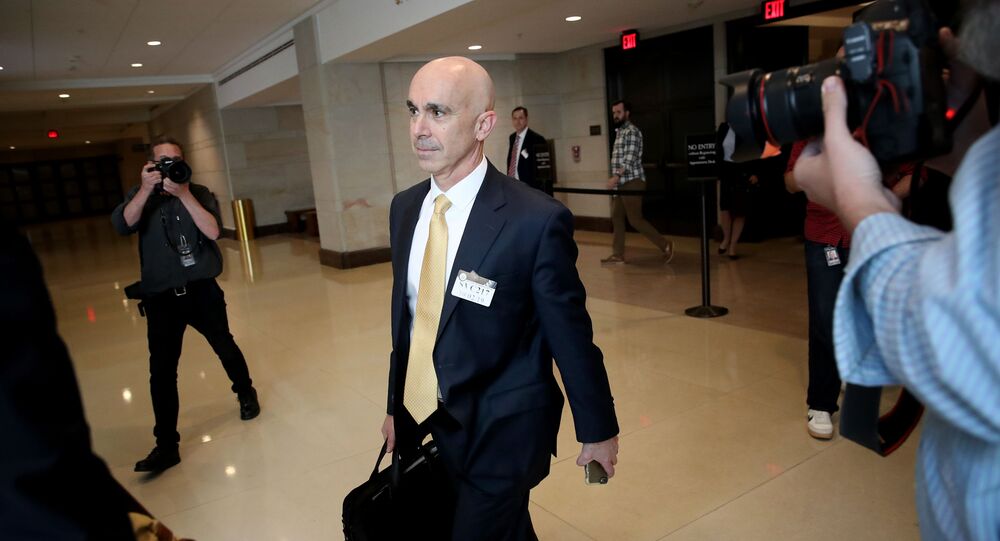 The US president's move has already sparked backlash from Democrats in Congress, who claim he fired Steve Linick in retaliation for launching an investigation into Secretary of State Mike Pompeo.

According to the publication, Trump informed Congress of his decision to fire Linick, an Obama administration appointee, in a letter to House Speaker Nancy Pelosi (D-Calif.) on Friday night, indicating that he "no longer" had the "fullest confidence" in the inspector general.

Trump further pledged to send the Senate a nominee "who has my confidence and who meets the appropriate qualifications".

The executive branch is required to notify Congress 30 days ahead of time if it intends to oust an inspector general.

Trump's decision immediately prompted a barrage of criticism from Democrats in Congress, with the chairman of the House Foreign Affairs Committee, Eliot Engel, claiming that Linick was fired in retaliation for opening an unspecified probe into US Secretary of State Mike Pompeo.

"This firing is the outrageous act of a president trying to protect one of his most loyal supporters, the secretary of state, from accountability. I have learned that the Office of the Inspector General had opened an investigation into Secretary Pompeo. Mr Linick's firing amid such a probe strongly suggests that this is an unlawful act of retaliation", Engel, US Representative for New York's 16th congressional district, said in a statement.

House Speaker Nancy Pelosi has, in turn, alleged that Trump's "late-night, weekend firing of the State Department inspector general has accelerated his dangerous pattern of retaliation against the patriotic public servants charged with conducting oversight on behalf of the American people".

"Inspector General Linick was punished for honorably performing his duty to protect the Constitution and our national security, as required by the law and by his oath", she said.

Politico cited a Democratic congressional aide as saying that Linick had launched an investigation into Pompeo’s alleged misuse of a political appointee to perform personal tasks for him and Mrs Pompeo.

The State Department did not respond to a request for comment. Trump and Pompeo have yet to comment on the allegations as well.

Linick will reportedly be replaced by Stephen Akard, who was nominated to serve as the director general of the Foreign Service in 2017 but later withdrawn amid objections he lacked experience to occupy such a high-ranking post. He currently runs the department's Office of Foreign Missions.