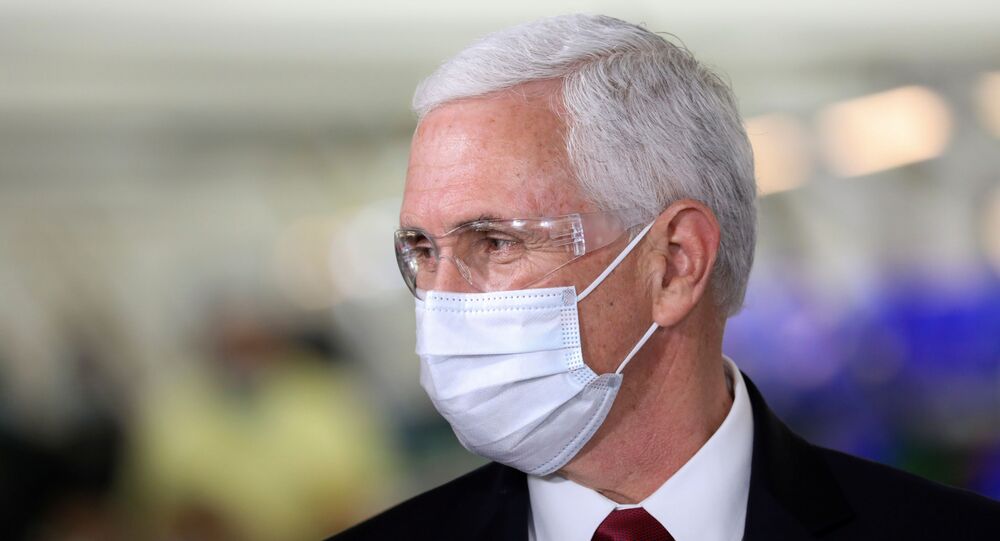 WASHINGTON (Sputnik) - Vice President Mike Pence said the White House Coronavirus Task Force could be disbanded by Memorial Day, or as early as the next three weeks, as the US economy reopens and society confronts the aftermath of the pandemic, according to a press pool report.

"I think we’re having conversations about that and about what the proper time is for the Task Force to complete its work," Pence said on Tuesday afternoon. "I think we’re starting to look at the Memorial Day window, early June window as a time when we could begin to transition back to having our agencies begin to manage our national response in a more traditional manner."

Memorial Day, a holiday that celebrates fallen US veterans, is on 20 May.

Pence said the task force had begun to discuss a transition plan with the Federal Emergency Management Agency (FEMA), which has been attempting to manage the procurement and supply of emergency medical equipment, funding and other aid for states hit by the COVID-19 pandemic.

"We’re going to keep Dr. Deborah Birx around every bit as long as we need to," Pence said.

Later in the day, US President Donald Trump told reporters that he will set up an Economy Reopening Group to replace the White House Coronavirus Task Force.

"As far as the Task Force, [Vice President] Mike Pence and the Task Force have done a great job, but we are now looking at a little bit of a different form. That form is safety and opening. We will have a different group probably set up for that," Trump said.

The Task Force headed by Pence has focused its efforts on healthcare issues and has been attempting to offer national guidance since the beginning of the novel coronavirus (COVID-19) outbreak. It was officially established on 26 February and has, until recently, held almost daily briefings.

Nearly 1.2 million people have contracted the novel coronavirus in the United States and over 71,000 people have died from COVID-19-related health complications.