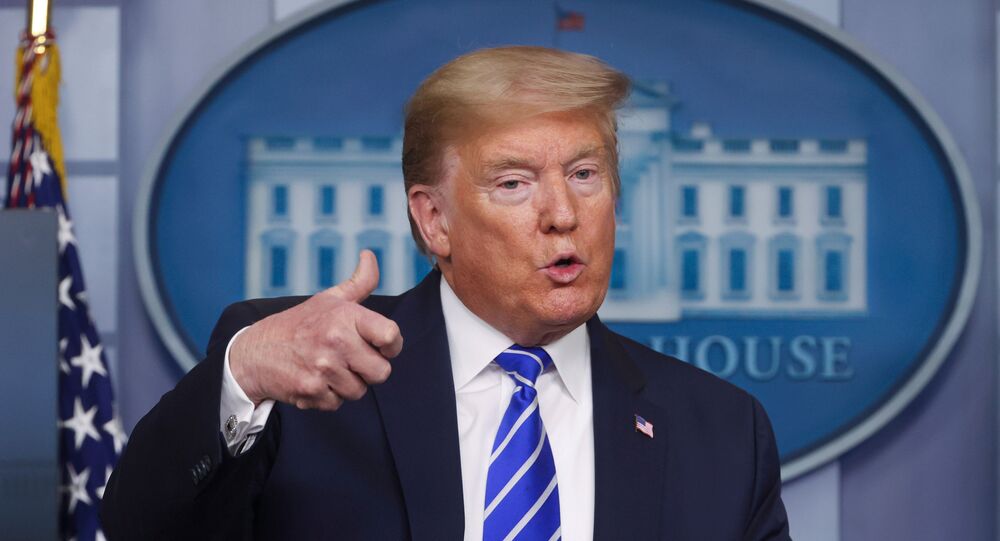 WASHINGTON (Sputnik) - US President Donald Trump told reporters that UK Prime Minister Boris Johnson stunned him with his tremendous energy during their phone call, as the British leader has reportedly made a swift recovery from the coronavirus.

"He called me a few days ago. I will tell you he sounded incredible. I was actually surprised," Trump said at a daily White House briefing Thursday. "He was ready to go. I am very surprised to tell you this. It’s like the old Boris. Tremendous energy, tremendous drive."

Johnson announced that he had tested positive for COVID-19 on 27 March and was hospitalized 10 days later as symptoms persisted. He underwent intensive care treatment before being discharged from hospital on 12 April.

"I think he is doing great. He is so sharp, energetic. Pretty incredible," Trump said.

The US president was the first foreign leader Johnson talked to after his discharge from hospital. During a phone call on Tuesday, they stressed the need for further US-UK cooperation to slow the spread of the outbreak, and for work to begin on reaching a bilateral free trade agreement as the Brexit transition period deadline on 31 December draws closer, according to official statements.

During Trump's daily COVID-19 briefing, the president added that he does  not trust media reports claiming that North Korea's leader, Kim Jong Un, is seriously ill.

"I think the report was incorrect," he said at the briefing.

Kim, however, has missed several key events in North Korea this month, including the annual ceremony marking the birthday of his late grandfather - and DPRK founder - Kim Il Sung. Kim was, however, alleged to have been seen several days earlier, attending an unspecified government meeting.