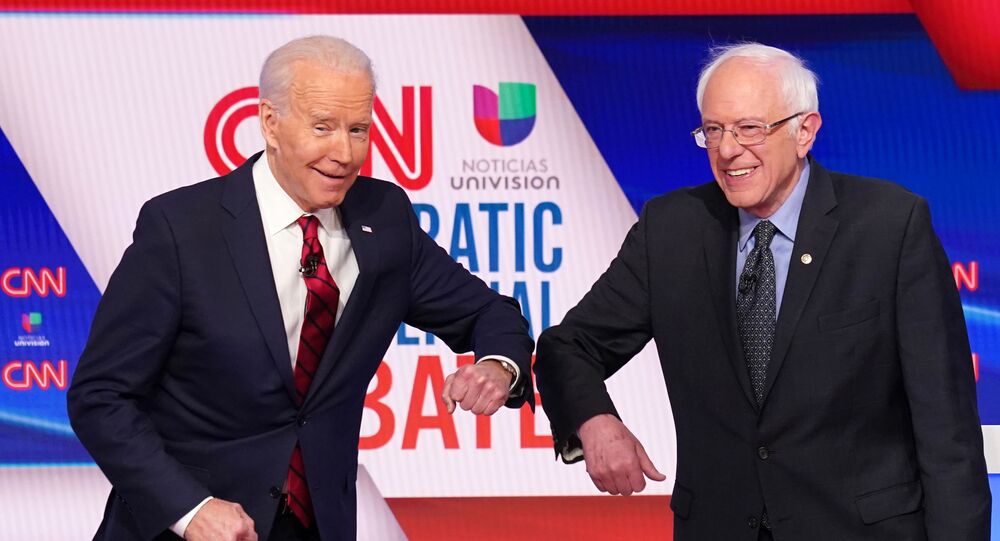 Former US Vice President Joe Biden and Vermont Senator Bernie Sanders debate each other at the CNN studios in Washington DC for Sunday's 11th presidential Democratic debate. The event is the first to feature just two candidates, the final contenders to outlast 20 fellow party opponents.

The venue for the two-hour Sunday debate - which will also be televised by Univision - was relocated from Phoenix, Arizona, to Washington DC, after organizers decided to conduct the event without an audience amid the spread of the Chinese COVID-2019 virus.

One moderator scheduled to assist at the event has chosen to step down because he was allegedly in proximity to a person who had been in direct contact with an individual who tested positive for the Wuhan coronavirus, NBC News said.

Hawaii Senator Tulsi Gabbard, while still officially a candidate,did not qualify for the 15 March event because participants must show at least 20 percent of the delegates that have been allocated to date. Gabbard has claimed just two delegates. According to the latest data, Biden has 860 delegates and Sanders 706.