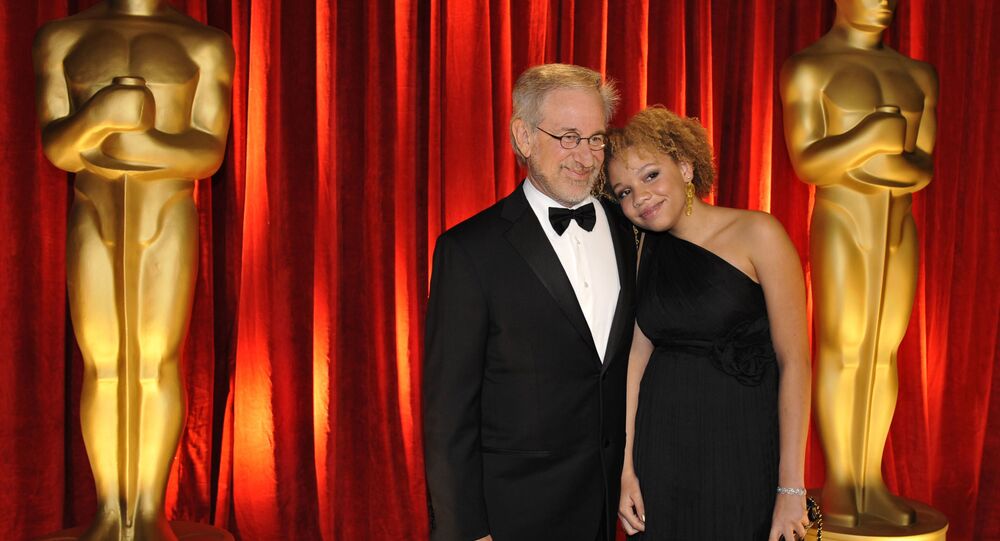 Mikaela Spielberg’s fiancé has confirmed the news, referring to the incident as a “misunderstanding”; he would not disclose who was involved but said no one was hurt.

Mikaela Spielberg, the daughter of the famed filmmaker Steven Spielberg, has been arrested and charged with domestic violence.

According to inmate records, the 23-year-old, who lives in Nashville, Tennessee, was admitted to the Hill Detention Center on Saturday at around 6:30 a.m. and was released at about 5:41 p.m.

Her fiancé, darts player Chuck Pankow, 50, confirmed the news to Fox News. “No one is hurt,” he said, describing the incident as “a misunderstanding”. He did not comment on who was involved.

Someone reportedly posted a $1,000 bond on Mikaela’s behalf; her case will be heard on 9 March.

Mikaela, who was adopted as a baby by the ‘Schindler’s List’ director and his wife, Kate Capshaw, when she was less than 1 year old, announced the launch of her career in adult entertainment just last week.

She revealed that she had already starred in several solo videos and is working to obtain a state licence to become an exotic dancer. Mikaela said she'd informed her parents about her career choice, and they were “intrigued” but “not upset”.

However, a source close to the Spielbergs told the New York Post that they were actually “embarrassed” to learn about the decision.

“Chuck’s been super supportive, but it took him a while to get to that spot because he wasn't sure how his social group would react to it,” Mikaela said. “We still have this idea of what women can and cannot be – this is such a de-legitimised form of work. Even though it's legal to be an adult actor and make and write erotica privately, you can't do it publicly without a license in Tennessee.”