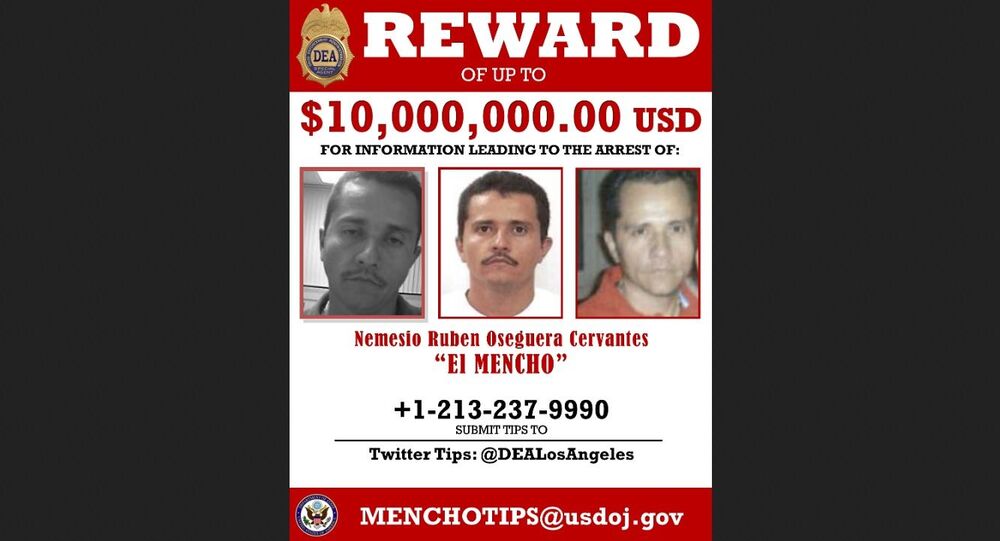 Mexican woman Oseguera Cervantes, daughter of drug trafficker El Mencho, had earlier been indicted for money laundering but didn’t know about an arrest warrant when she came to see her brother, also investigated in her father’s case, in court.

Police have detained the daughter of the purported head of Mexico's Jalisco New Generation drug cartel, as she, apparently unaware of an earlier issued indictment and arrest warrant for her, attended a federal court hearing in Washington, for her brother, allegedly also a big shot in the cartel, the Mexican daily El Universal reported.

She is charged with five counts of violating a US ban on dealings with drug trafficking entities and individuals as well as money laundering.

After the hearing for her brother, Rubén Oseguera González’s (El Menchito’s), she herself pleaded not guilty before US Magistrate Judge Michael Harvey. Next, Jessica Oseguera Cervantes faces a bond hearing on Monday.

The brother and sister are alleged to have engaged in the operations of their father, one of the key figures on the US list of alleged traffickers - Nemesio Ruben Oseguera Cervantes, court documents have it.

Known as “El Mencho”, Oseguera Cervantes, is believed to lead one of Mexico’s most powerful drug organisations, according to US authorities, and his case is being led by the same prosecutors who put Sinaloa cartel leader Joaquín “El Chapo” Guzmán Loera behind bars last year.

El Menchito’s handover last week was part of a spike of extraditions that have taken place since US Attorney General William Barr visited Mexico in early December, expressing concern about how soaring violence is being handled by Mexican President Andrés Manuel López Obrador's administration. As many as 40 other alleged organised crime grandees have been sent to the United States since Barr’s visit.

Independently, back in October 2018, US authorities made public another 15 indictments, rewards, and sanctions on leaders of the group dubbed Zeta, El Mencho’s main rivals, responsible for trafficking tonnes of cocaine, methamphetamine, and fentanyl-laced heroin into the country.