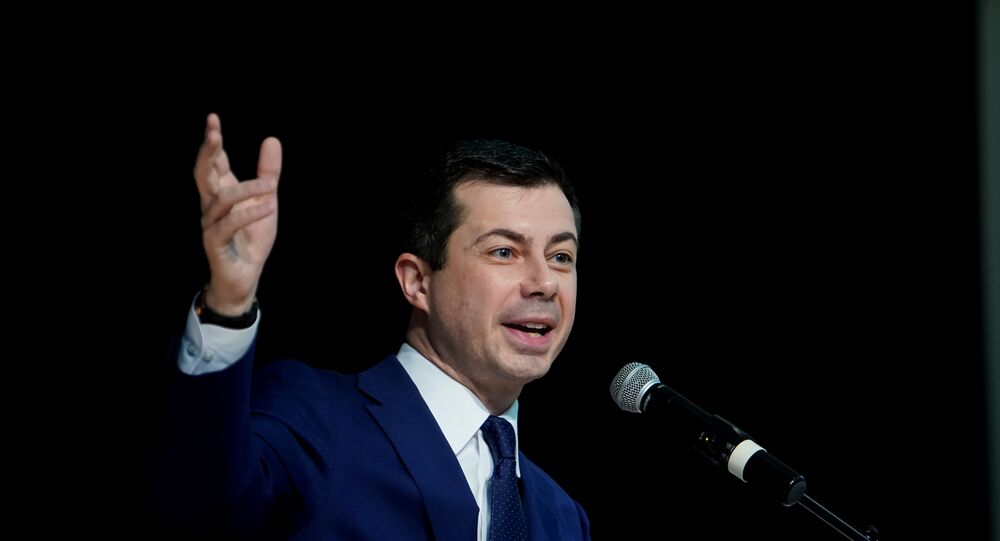 The former mayor of South Bend, Indiana, showed promising results during the Iowa Democratic caucus and the New Hampshire primary, but recently lost traction coming in third with 17% of votes in the Nevada caucuses.

The communications director for Julian Castro, a Democratic candidate who withdrew from the primaries, has released a video seemingly implicating another candidate, the former mayor of South Bend, Pete Buttigieg, of copycatting the speeches of Barack Obama.

When your consultants watched a lot of game footage pic.twitter.com/Gf5ZkkNe0Z

Interestingly enough the video surfaced mere days after the former South Bend mayor tweeted a speech praising his backers, who used their cell phones to light up a high school gym struck by a blackout during a Buttigieg rally.

If we can light up our country—we can make this nation we love shine once more as a beacon to the world. pic.twitter.com/KAVTrD2Y2Q

The similarity between the two politicians' speeches didn't pass unnoticed with Meghan McCain, daughter of late Senator John McCain, ridiculing Buttigieg over attempting to become a new "Obama" by mimicking his style.

Oh COME ON! I know Pete thinks he’s the next Obama but this is ridiculous. https://t.co/xtlCMdr1HW

Several US media outlets, like The Daily Caller and The Daily Wire, also suggested that Obama's performances profoundly inspired the Democratic candidate's speeches at rallies, to the point where it could be considered "cribbing".

Despite Buttigieg's alleged attempts to dip into the experience of the former Democratic president, he has been losing traction recently, despite initially performing on par with frontrunner Bernie Sanders in the Iowa Democratic caucus and New Hampshire primary. In the most recent caucus in Nevada, he finished third with 17% of votes and only three delegates.