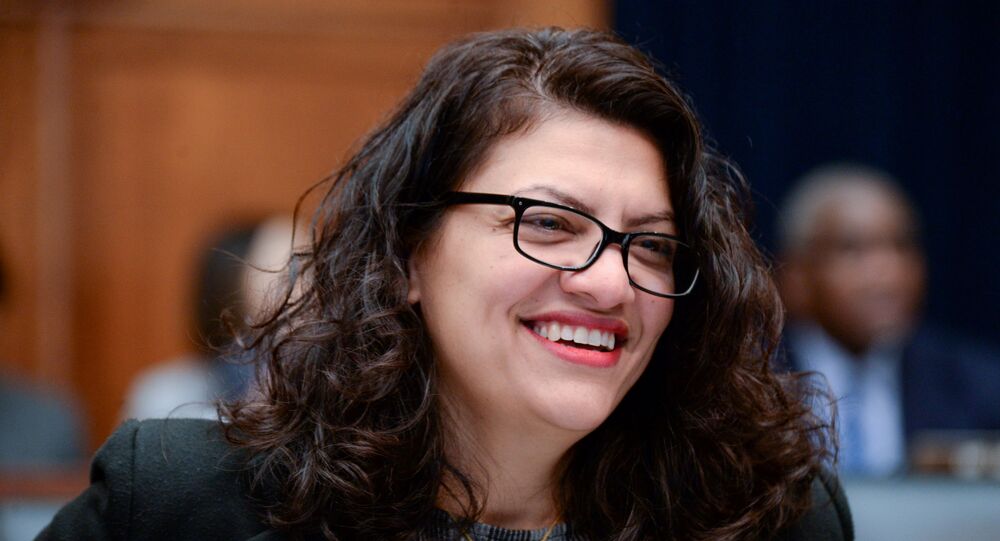 At a large protest in the Midwestern US State of Michigan on Friday, catering workers for Delta Airlines at the Detroit Metro Airport demanded higher salaries and better healthcare.

Michigan Representative Rashida Tlaib on Friday joined protesting airline catering workers calling on Delta Airlines to “commit to ending poverty in the airline”, adding that “we won't stop until we get fair wages & healthcare”.

Photos from the protest show the lawmaker sitting on the ground across a road outside a Delta terminal alongside numerous other protesting workers and their families, while dozens of other demonstrators stand on the sidewalk holding signs reading “Delta: One job should be enough”.

“These workers are suffering and living under unimaginable conditions all because Delta wants to make more profits on the backs of the poor. The airline catering workers are desperate for a better quality of life and put their bodies on the line in their fight against the exorbitant corporate greed by the airlines denying them of their right to a living wage and good healthcare,” Tlaib said, according to The Hill.

We won't stop until we get #fairwages & #healthcare. These courageous people got arrested tonight at DTW b/c they believe workers deserve human dignity. Shame on you @Delta for leaving workers behind and letting them live in poverty. @unitehere https://t.co/njM6UQbjPu pic.twitter.com/msDm2XlowY

The protest was broken up by police, and some participants were arrested.

Diana Hussein, who posted pictures of the protest, said that Tlaib “was not processed as an arrest with the other protesting workers, but did participate in solidarity in the civil disobedience, including joining the protesters in the van as officers took them for processing”.

CORRECTION: Rep. @RashidaTlaib was not processed as an arrest with the other protesting workers, but did participate in solidarity in the civil disobedience, including joining the protesters in the van as officers took them for processing.

Tlaib has represented Michigan's 13th congressional district since 2019 and is a member of a loose knit quartet of female Democratic lawmakers dubbed 'The Squad', by US President Donald Trump. The other three US House of Representative members are Alexandria Ocasio-Cortez (14th District, NY), Ilhan Omar (5th District, MN), and Ayanna Presley (7th District, MA). The four have repeatedly clashed with Trump over many issues.