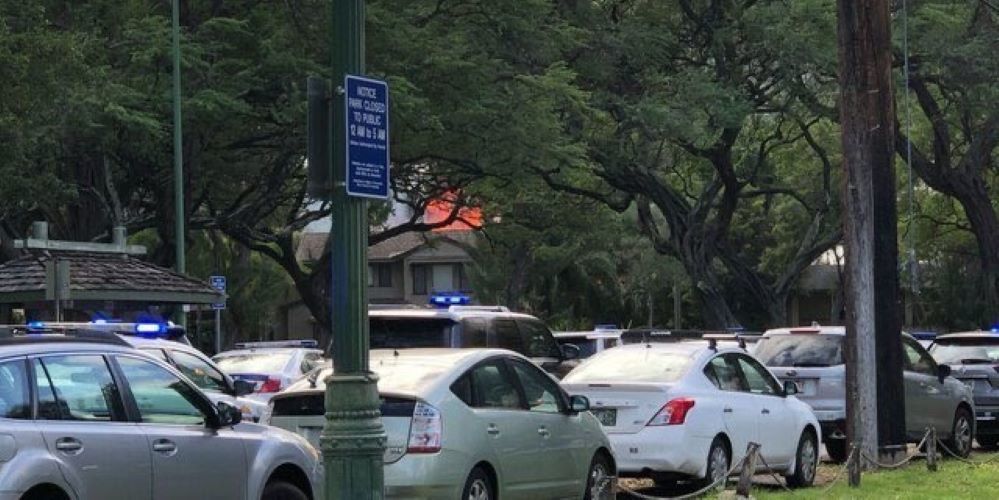 According to local media, police officers responded to an assault call near Diamond Head, where they entered into a firefight with a male who reportedly hid inside a house which was then abruptly engulfed by flames.

"Our entire state mourns the loss of two Honolulu Police officers killed in the line of duty this morning," Governor David Ige said in a statement, cited by AP.

Earlier, a Honolulu City councilwoman said that one police officer had died, while a second had been hospitalized in critical condition, AP reported.

"We grieve with HPD and other first-responders who put their lives on the line to keep us safe,'' said councilmember Kymberly Marcos Pine, cited by AP.

Initial reports suggested that at least two police officers in Hawaii had been shot dead after responding to an assault call, killed by a suspect who had barricaded himself in a house.

The house in which the suspected gunman reportedly took refuge caught on fire which, according to multiple reports, quickly spread to neighboring homes.

The Honolulu Fire Department is battling the blazes.

Looks like fire department is getting a handle on it now #diamondback #honolulu pic.twitter.com/VbAz4qcXpt

The FBI said on Sunday that authorities are responding to an “active shooter” in Waikiki, Hawaii.

Netizens shared footage claimed to be from the site.

Breaking: At least 2 police officers have been shot near Diamond Head in Honolulu, Hawaii. Multiple houses are on fire at the scene. pic.twitter.com/ewK7qCUxdp

​According to AP, citing local police, no arrests have been made.

Police closed several nearby streets, and urged the public to avoid the area.

In the area of Hibicus Dr. and connecting streets are closed down due to police investigation.

One Dead, One Injured Following Shooting at Magistrates' Court in Novokuznetsk, Russia