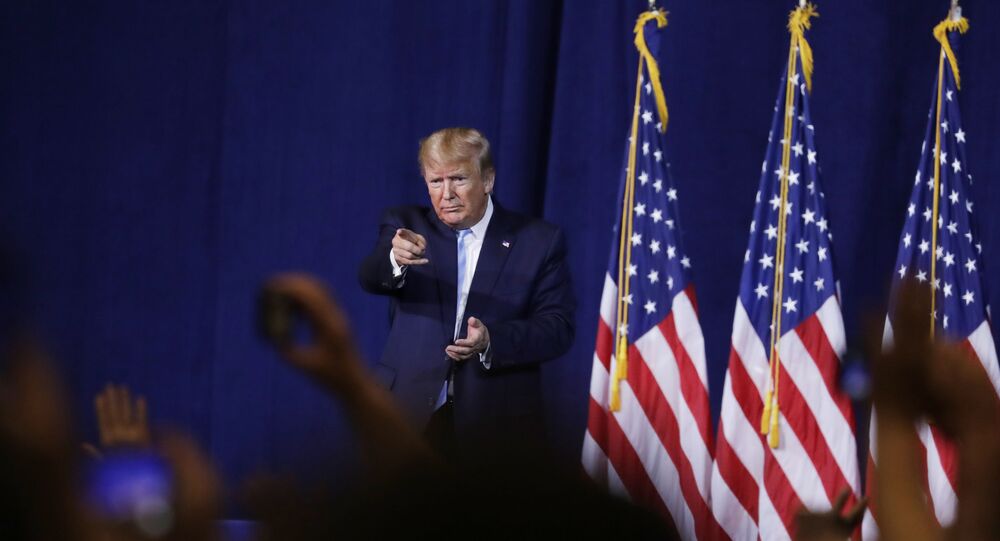 On 15 January, the US House of Representatives sent two articles of impeachment to the Senate, with the trial over the president's alleged abuse of power and obstruction of Congress expected to begin on 21 January.

The task of Epstein's ex-lawyer will include presenting "oral arguments" in the Senate in order "to address the constitutional arguments against impeachment and removal" of Donald Trump from office.

Dershowitz said that he personally spoke with Donald Trump on Wednesday about the possibility of joining his legal team as an "independent constitutional scholar" rather than a political figure.

A spokesman for Trump's legal team reportedly said in a statement that Dershowitz was "participating in this impeachment trial to defend the integrity of a dangerous constitutional precedent", despite voting for Hilary Clinton back in 2016.

© REUTERS / Tom Brenner
Trump: 'I Just Got Impeached For Making a Perfect Phone Call!'
Meanwhile, Starr, who headed the impeachment trial against Bill Clinton from 1994 to 1998, is also expected to join Trump's defence team, which is currently led by White House Counsel Pat Cipollone and outside attorney Jay Sekulow.

The president's impeachment trial will begin in the US Senate on 21 January, after the Democrat-led House of Representatives sent two articles to the upper chamber on 15 January, accusing Trump of abuse of power in relation to the Ukraine scandal and obstruction of Congress, which investigated the matter. For the US president to be convicted, it would require the support of 67 out of 100 senators, the majority of whom are from the president's Republican Party. Donald Trump has not personally confirmed the new additions to his legal team yet.