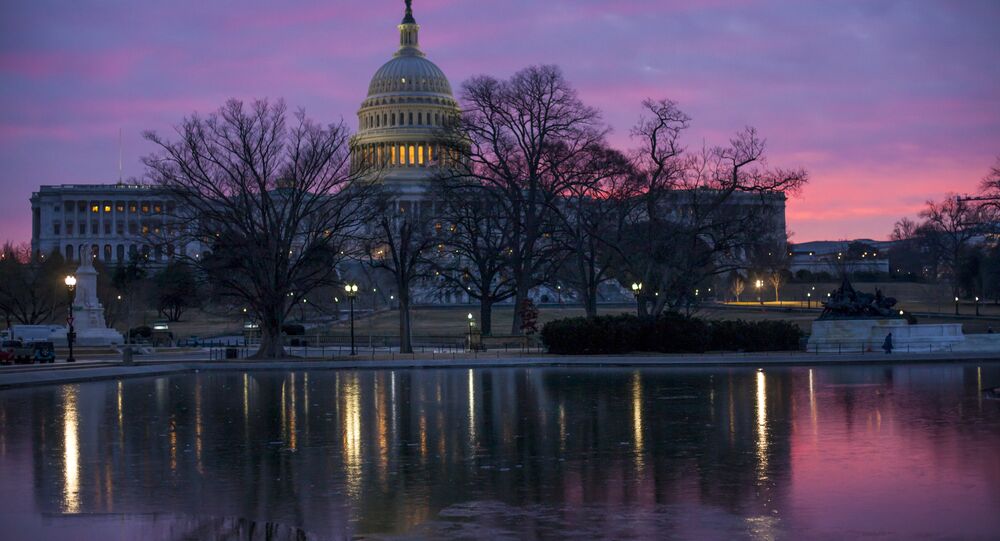 The House of Representatives voted on 18 December along party lines to impeach Trump for abuse of power and obstruction of Congress for allegedly freezing military aid in order to press Ukraine into probing political rival Joe Biden. Trump has called the impeachment process a "witch hunt" designed to overturn the results of the 2016 election.

The House’s seven impeachment managers started reading the articles aloud in the Senate chamber at about 12 p.m. ET (5 p.m. GMT).

"In his conduct, and in violation of his constitutional oath... Donald J. Trump has abused the powers of the presidency", Representative Adam Schiff stated as he began reading from the first article of impeachment.

The US Constitution requires a two-thirds majority – 67 votes – in the Senate to convict and remove an impeached president from office.

© REUTERS / LEAH MILLIS
Trump’s Impeachment Trial Now Imminent as US House Transmits Charges to Senate
The impeachment of President Donald Trump by House Democrats is based on allegations that he withheld nearly $400 million in military aid to Ukraine in an attempt to pressure Kiev to investigate 2020 Democratic presidential candidate and former US Vice President Joe Biden for corruption.

In September, House Democrats launched an impeachment inquiry into Trump’s telephone conversation with Ukrainian President Volodymyr Zelensky after a whistleblower issued a complaint alleging that the POTUS had abused the power of his office.

The complaint claimed that Trump had pressured Zelensky into probing his political rival Joe Biden and his son Hunter for corruption in their dealings with Ukraine.

Trump made public the transcript of his conversation with Zelensky and denied any quid pro quo in his discussion with the Ukrainian leader or other officials. The US president also said that the impeachment inquiry is yet another political “witch hunt” by the Democrats to reverse the results of the 2016 US presidential election.