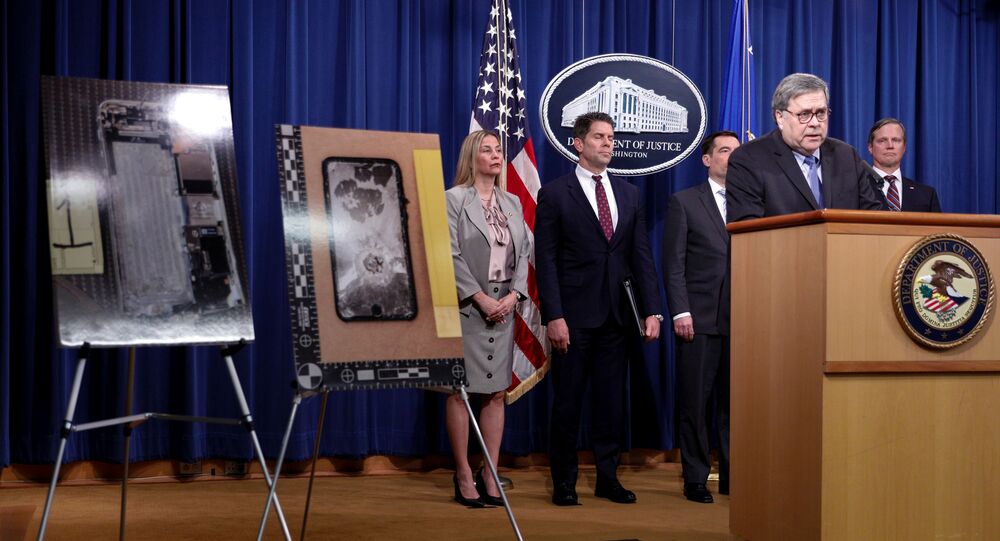 On Monday, US Attorney General William Barr claimed that "Apple has not given us any substantive assistance" in an investigation into a December 2019 shooting at the Pensacola Naval Air Station, describing the attack as "an act of terrorism".

Apple, responding to the attorney general's remarks, noted that, "When law enforcement requests our assistance, our teams work around the clock to provide them with the information we have".

"We reject the characterization that Apple has not provided substantive assistance in the Pensacola investigation. Our responses to their many requests since the attack have been timely, thorough and are ongoing", a company statement reads.

According to the statement issued on Monday, Apple has "produced a wide variety of information associated with the investigation" shortly after the FBI’s first request.

Barr, speaking to members of the press at the Department of Justice earlier on Monday, said that even though Apple was asked "for their help in unlocking the shooter’s iPhones", the company has not provided "substantive assistance".

"We call on Apple and other technology companies to help us find a solution so that we can better protect the lives of Americans and prevent future attacks", Barr said.

Apple, in its reply, noted that it responded "promptly, often within hours, sharing information with FBI offices in Jacksonville, Pensacola and New York".

Apple claimed that it learned about the existence of a second iPhone associated with the investigation only on 6 January, when the FBI notified the company about the need of additional assistance.

" It was not until January 8th that we received a subpoena for information related to the second iPhone, which we responded to within hours. Early outreach is critical to accessing information and finding additional options. We are continuing to work with the FBI, and our engineering teams recently had a call to provide additional technical assistance. Apple has great respect for the Bureau’s work, and we will work tirelessly to help them investigate this tragic attack on our nation", the statement reads.

In the statement, Apple highlighted that "law enforcement has access to more data than ever before in history, so Americans do not have to choose between weakening encryption and solving investigations".

On 6 December, a Saudi national, identified by US media as Mohammed Saeed Alshamrani, a cadet in a US Navy flight training program, opened fire at Naval Air Station Pensacola, killing three people and injuring another eight before being gunned down by police.

The Pentagon later announced the termination of operational training for Saudi soldiers in the United States for an indefinite period.