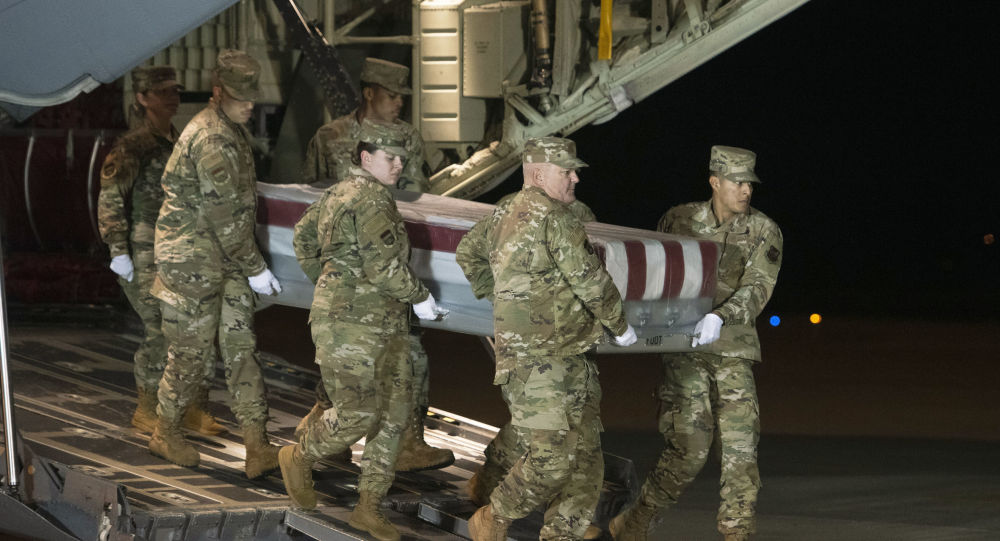 US Attorney General William Barr told members of the press at the Department of Justice Monday that the December shooting at Pensacola Naval Air Station last month was "an act of terrorism."

Barr said that 2nd Lt. Mohammed Saeed Alshamrani, a member of the Royal Saudi Air Force, "was motivated by jihadist ideology" when he killed three US sailors and severely wounded eight other Americans in the December 6, 2019, shooting at NAS Pensacola in Florida.

The DOJ chief also noted that in the investigation that followed, 21 members of the Saudi military at the base were found to have "derogatory material" ranging from "social media containing some jihadi or anti-American content" to "some kind of contact with child pornography."

"The relevant US Attorneys offices independently reviewed each of the 21 cases involving derogatory information and determined that none of them would, in the normal course, result in federal prosecution," Barr told reporters at the DOJ. "However, the Kingdom of Saudi Arabia determined that this material demonstrated conduct unbecoming an officer in the Saudi Royal Air Force and Royal Navy and the 21 cadets have been dis-enrolled from their training curriculum in the US military and will be returning to Saudi Arabia (later today)."

Two days after the shooting, the FBI said it was carrying out its investigation "with the presumption that this was an act of terrorism," Sputnik reported. A US official later said Alshamrani had organized a watch party with three other Saudi students prior to the shooting, in which they binge-watched mass shooting videos.

Barr further noted the US military should improve its vetting process for foreign trainees.

Barr Weighs in on Soleimani Killing

The attorney general also stated in other comments that he believed Iranian Quds Force commander Qasem Soleimani, who was killed in a US airstrike last week outside Iraq's Baghdad International Airport, was a "legitimate military target" and that the strike was a "legitimate act of self-defense."

Barr's comments mirror those of US President Donald Trump and other figures in his administration, who have claimed Soleimani was responsible for the deaths of hundreds of Americans, including a US contractor who was killed in Kirkuk, Iraq, late last year by an attack, as well as that Soleimani was planning new "imminent" attacks on US forces. The same airstrike that killed Soliemani also killed leading members of the Hasht al-Shabi, Iraq's Popular Mobilization Forces militia, including its commander, Abu Mahdi al-Muhandis. The US has claimed the militias are under Iran's control and refers to them as "Iranian proxies."