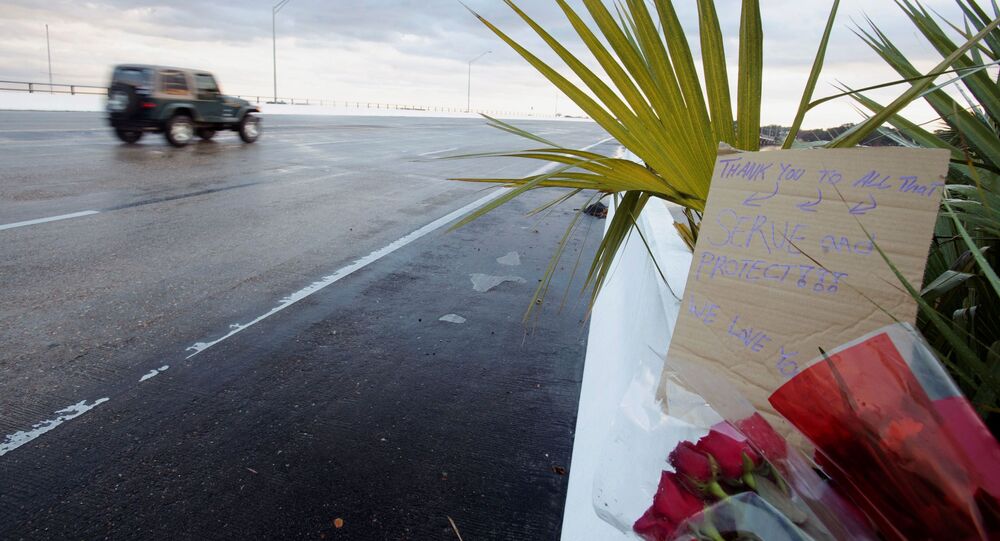 FBI and local authorities in Florida are investigating a mass shooting at the Pensacola Naval Air Station conducted by a Saudi-national aviation trainee who opened fire inside a classroom, killing people and injuring seven others, including two officers, before he was shot dead.

A US official said on Saturday that the Saudi student, identified as Mohammed Saeed al-Shamrani, organized a dinner party to watch mass shooting videos with three other Saudi students a few days before conducting the attack at the military base in Pensacola, Florida, according to the Associated Press, citing an anonymous official.

The official, who was briefed by federal authorities, reportedly said that one of the three suspects recorded the Pensacola shooting from outside the building as Mohammed al-Shamrani carried out the assault.

The official added that the other Saudi trainees watched from a car as the attack was going on. According to the official, ten Saudi nationals were detained on the Pensacola aviation base following the incident, while several others remain unaccounted for.

Following the Friday attack, members of Saudi royal family and various Riyadh officials expressed their condolences, while the Saudi king highlighted in a phone call with US President Donald Trump that the “Saudi people are greatly angered by the barbaric actions of the shooter, and that this person in no way shape or form represents the feelings of the Saudi people who love the American people.”

The Pensacola base attack occurred just two days after a shooting at a US naval facility in Pearl Harbor, Hawaii, in which a US sailor at the Pearl Harbor Naval Shipyard opened fire, killing two civilians and injuring a third before turning the gun on himself.