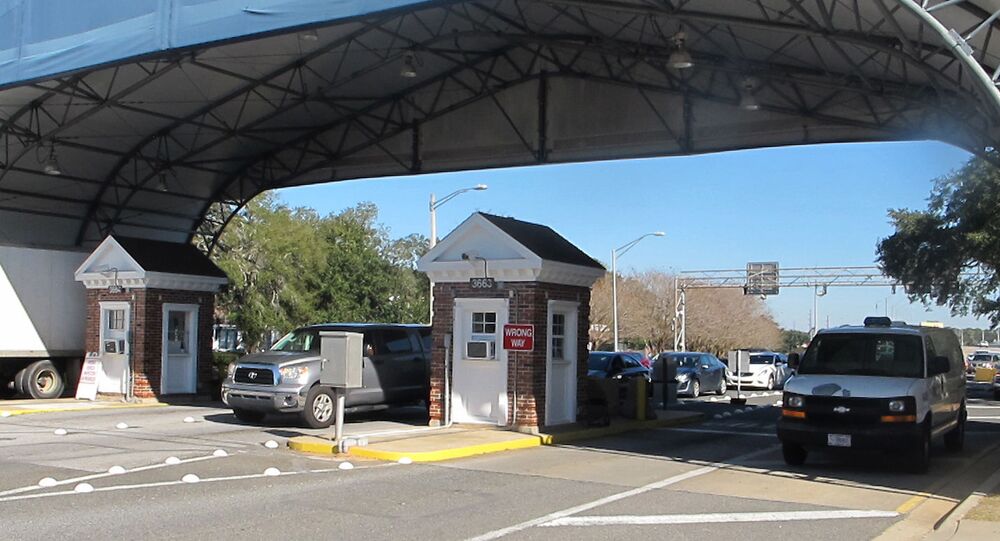 A Saudi Air Force trainee armed with a handgun killed three people Friday on the premises of a naval aviation training facility in Pensacola, Florida, before being shot dead in an exchange of fire with police. At least seven more people were injured in the incident, including two police officers.

US-based non-governmental analytical company SITE Intelligence Group alleged in a report on Friday that the shooter, earlier identified as Mohammed al-Shamrani, had posted a short anti-American manifesto on social media before the rampage at the US military installation.

The authenticity of the manifesto has yet to be verified.

SITE Intelligence Group found similarities in the posted manifesto with some quotes by former al-Qaeda leader Osama Bin Laden, who was killed in 2011 during a special US raid Abbottabad, Pakistan.

"The King said that the Saudi people are greatly angered by the barbaric actions of the shooter, and that this person in no way shape or form represents the feelings of the Saudi people who love the American people".

The Saudi king has as well directed security services to cooperate with US counterparts in investigating the shooting.

The Royal Family of Saudi Arabia along with senior officials from the Kingdom also expressed their condolences to the American people and relatives of the victims that were killed in Pensacola.

Saudi Ambassador to the U.S. Princess @rbalsaud on the shooting incident in Florida pic.twitter.com/85pERoNt04

On Friday, al-Shamrani killed three people at Naval Air Station Pensacola in Florida before being fatally shot in an exchange of fire with police. At least seven more were injured, including two police officers.

The incident came just two days after another deadly shooting at the Pearl Harbor Naval Shipyard in Hawaii, where a gunman, identified as a US sailor, killed two civilian workers and wounded another before taking his own life.