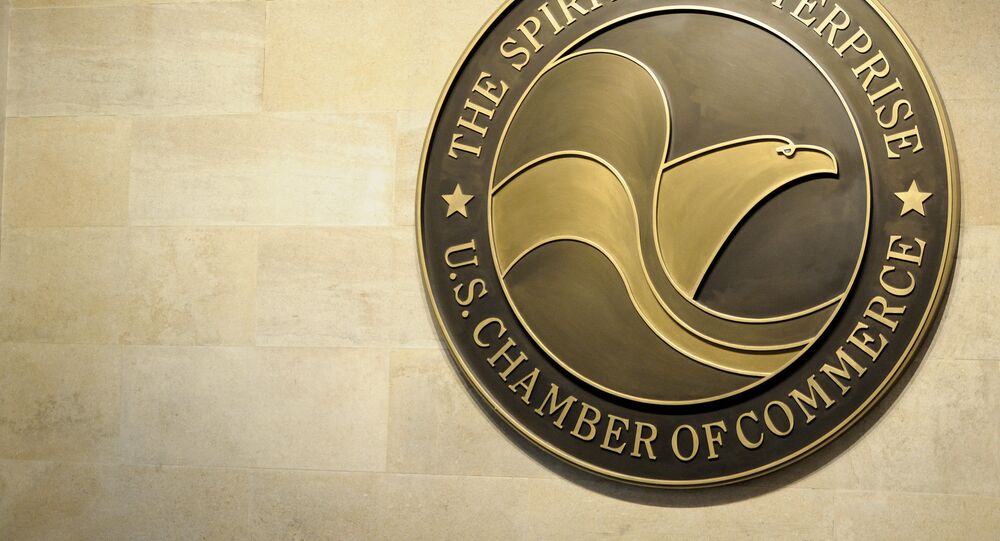 WASHINGTON (Sputnik) - American businesses and consumers are bearing the brunt of the trade war with China, the US Chamber of Commerce said in a statement.

"By now, it’s plain to see that tariffs are inflicting harm on the American economy and will continue to do so unless the administration changes course", the chamber said on Monday. "The US needs free and fair trade, but imposing tariffs to get there is the wrong approach… simply put, tariffs are a tax on American consumers and businesses".

The chamber said half of the 50 states in the United States were facing retaliatory taxes on at least 25 percent of their exports to the European Union and China.

"Tariffs on steel, aluminum, and Chinese imports, as well as the potential for additional tariffs on autos and auto parts, have pushed us into a global trade war", the chamber said. "China and the EU have retaliated - or announced plans to retaliate - with billions of dollars in tariffs on American-made products".

The chamber reminded the Trump administration that millions of American jobs depended on the United States’ ability to trade with other countries, and half of all US manufacturing jobs relied on exports, while one in three acres of American farmland was planted for international sales.

"But recent and proposed trade actions by the Trump administration threaten as many as 2.6 million American jobs and will stymie our economic progress", the chamber said.

Tariffs on imported goods were hitting US consumers and businesses including manufacturers, farmers, ranchers, and technology companies with higher costing on commonly-used products and materials, according to the release.

Trump said last week the first phase of the US-China trade deal will be signed at the White House on 15 January and that he will travel to China for discussions on the next phase.

The world’s two leading economies have been engaged in a trade war for more than a year over what US President Donald Trump deemed unfair economic conditions and non-competitive behaviour from China. Beijing has denied such claims, saying that the trade row is not beneficial to either side or the world economy. The standoff has translated into tit-for-tat tariff hikes on imported goods between the countries.