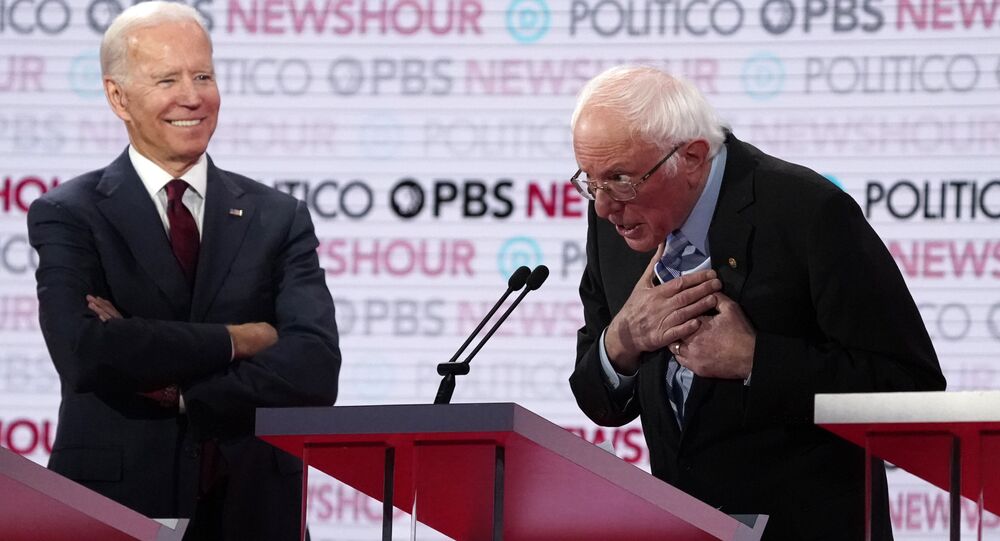 Sanders Campaign Avows US Senator in 'Good Health' After Heart Attack, Can Run for Presidency

US Presidential candidate Bernie Sanders, 78 - the oldest Democratic hopeful - has reportedly been questioned by some in the American public as to whether he is physically able to perform the duties of a president if elected.

On Monday, the Sanders campaign sent out US-based media letters from three doctors - a physician and two cardiologists - assessing the candidate's health condition as "more than fit enough to pursue vigorous activities and an occupation that requires stamina and an ability to handle a great deal of stress".

INBOX: Bernie Sanders has released letters from three doctors about his health. Still no medical records, though. This is similar to the kind of information he released in 2016. pic.twitter.com/s1lMoXsw2A

​The overall evaluation in the separate statements depicted Sanders as being in "good health", adding that the US Senator "underwent a successful graded exercise treadmill examination monitoring" heart function, although the released letters contain no medical records.

Inbox: the Sanders campaign just sent out letters from three doctors (primary physician and two cardiologists) asserting that he is in “good health” aside from the heart attack 3 months ago. pic.twitter.com/aSVHBcG2h8

​The publication of the letters from medical professionals, reportedly similar to information Sanders released three years ago, nonetheless prompted netizens to speculate on the state of Sander's health.

yes! he’s been looking quite frail during his catastrophic plummet to the top. that he’s raised more money and has more people on the ground than his rivals also hinders him.

This is looking pretty shady. I mean do we know if these are even real doctors? Definitely a sign of his failing campaign.

© REUTERS / SHANNON STAPLETON
Joe Biden's Doctor Declares Former Vice President 'Fit' For Oval Office
​Sanders was hospitalized in Las Vegas, Nevada, on 1 October after experiencing chest pains. He was diagnosed as having had a small heart attack and underwent surgery to open a blocked artery. Following the incident, Sanders canceled campaign events for several days as he recuperated.

After the heart attack, Sanders promised to release his health records by the end of 2019, pledging "to make it comprehensive”.

The US Senator, who describes himself as a democratic socialist, has focused his White House run on proposals for a government-run Medicare for All healthcare plan, that would be paid for primarily with higher taxes on multinational corporations and the wealthy.