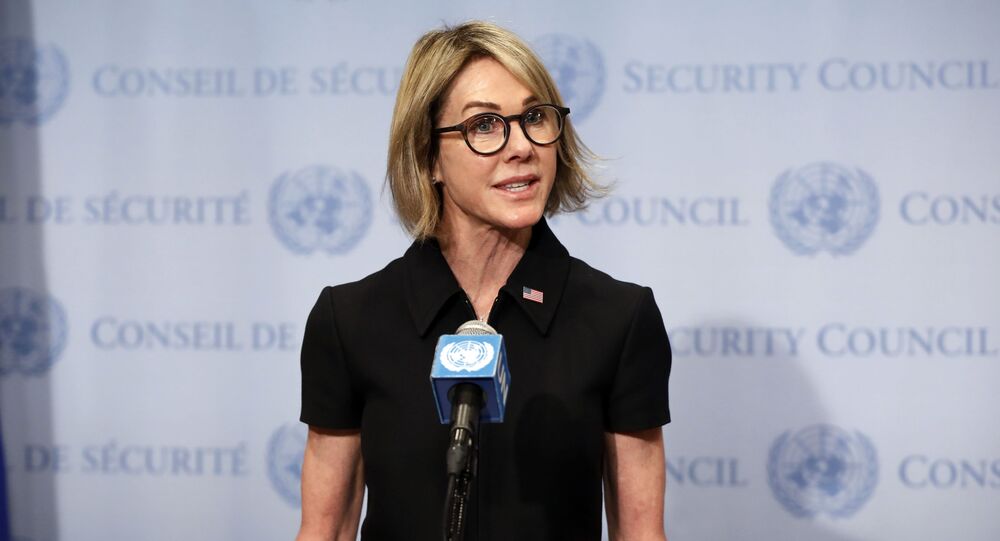 The United Nations Security Council (UNSC) is set to meet with US President Donald Trump on Thursday, then travel later this month to Kentucky, US Permanent Representative to the United Nations Kelly Craft announced Monday.

Craft also promised to present a bottle of bourbon to every member of the United Nations Security Council (UNSC) during the 13-15 December trip to her home state of Kentucky.

"On Thursday, we depart for Washington where we will have lunch with the president. On Friday evening, we will have a dinner in Frankfort, in the governor's house. On Saturday, we will have an informal meeting. Then we will watch a basketball game", Craft said, adding that the trip will end on Sunday in Bourbon County, where participants will tour a special plant where they "bottle their own bourbon to take back home".

According to the group's monthly schedule, in December, the UNSC will hold talks on Syria. In particular, on 11 December, diplomats will discuss a political settlement, and on 19 December they will hold talks about the humanitarian crisis in Syria.

On 12 December, the UNSC will discuss the war in Yemen and later will raise African issues on 16 and 17 December.

Craft previously served as an alternate delegate to the United Nations in 2007, under US President George W. Bush. Her husband, billionaire Joseph Craft, is the CEO of coal giant Alliance Resource Partners, a company that has bitterly complained of global climate change-mitigation mechanisms, including the 2016 Paris Accord.