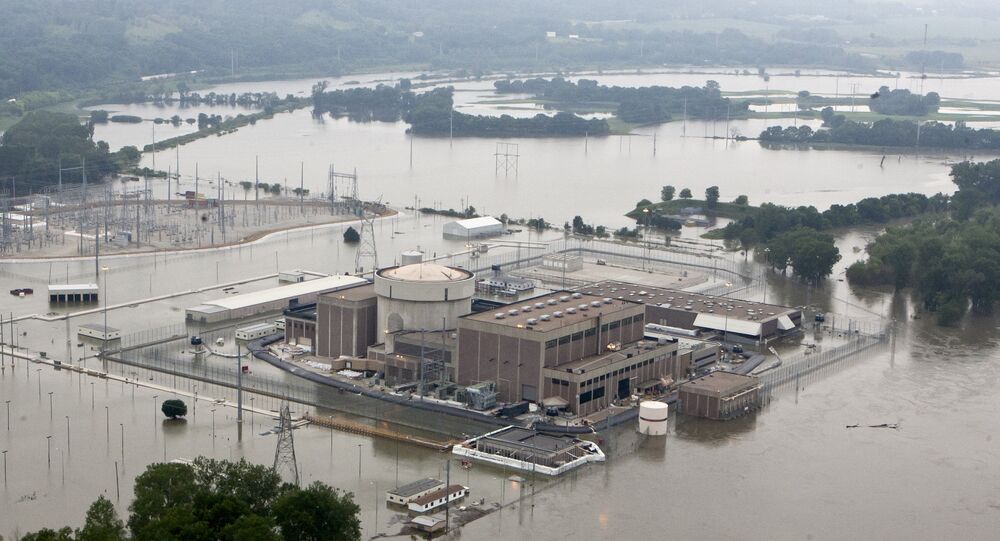 A new government watchdog report calls on the US Environmental Protection Agency (EPA) to prioritize protecting the more than 60% of Superfund sites endangered by the effects of climate change. So far, the Trump administration, including EPA Director Andrew Wheeler, has been hostile to conclusions about the immediate threat climate change poses.

The Government Accountability Office (GAO) legislative auditing agency published a report on Monday highlighting the dire situation that more than half of the country’s Superfund hazardous waste sites face due to climate change effects such as rising waters and the greater frequency of wildfires. The EPA, the report notes, has been lax to address the danger, mirroring an attitude held by its director and by US President Donald Trump that climate change is not worth serious consideration in the immediate future.

Titled “EPA Should Take Additional Actions to Manage Risks from Climate Change,“ the report looked at the Superfund National Priorities List (NPL) and found at least 945 of the list’s 1,571 sites are endangered by floods, storm surges, wildfires or a 3-foot sea level rise. The NPL consists of the most highly contaminated sites among the EPA’s list of some 40,000 Superfund sites it’s tasked with managing.

Some 783 of those sites face a greater risk of flooding thanks to climate change, with 234 of the sites at a much increased risk of wildfires and 187 of them imperiled by the swelling sea caused by a strong storm, such as a hurricane or nor’easter. The report cited several instances of each of these effects endangering a Superfund site, including a wildfire in California that came dangerously close to exploding a shuttered mine and the extensive flooding of Houston-area waste sites by Hurricane Harvey’s catastrophic rainfall in September 2017.

​In conjunction with the report’s release, a group of US legislators who tasked the GAO with conducting the investigation published a letter to Wheeler calling on him to heed repeated warnings by climate scientists, the GAO and others about the immediate dangers posed by climate change.

“The Superfund program is not providing necessary resources and direction to regional officials that would help them assess and respond to site-specific risks due to climate change. The lack of resources for regional offices is a direct result of EPA headquarters’ failure to embrace addressing climate change as a strategic objective,” the lawmakers, led by Sen. Tom Carper (D-DE), wrote in the Monday letter published by his office.

“To address these shortcomings, GAO made several recommendations to EPA related to improving Superfund site information. These recommendations state that the EPA should provide direction to regional offices on how to integrate information on the potential impacts of climate change effects into risk assessments and response decisions. GAO also recommends that EPA align the agency’s current goals and objectives with the need to address the effects of climate change,” the missive continued.

“We believe that EPA’s refusal to implement GAO’s recommendations could result in real harm to human health and the environment as the effects of climate change become more frequent and intense.”

In a March interview with CBS, Wheeler argued it was “unreasonable” for climate change to be such a central political issue, saying it’s “an important issue” but that its effects are “50 to 75 years out.”

Under Wheeler’s tenure since July 2018, the EPA has repeatedly rolled back pollution-governing regulations on power plants and industrial facilities, especially regarding coal. Before his appointment to the EPA, Wheeler served as a lawyer representing coal baron Robert E. Murray and as an adviser to Sen. James Inhofe (R-OK), both prominent climate change deniers. That’s little surprise, since the burning of fossil fuels such as coal is blamed by climate scientists for the bulk of mankind’s influence over the climate, since in large quantities it causes a greenhouse effect in Earth’s atmosphere.

It echoes the Trump administration’s position on climate change as well: the president has repeatedly mocked notions of global warming amid record low temperatures in the US caused by the polar vortex, as well as withdrawn the US from the 2015 Paris Climate Accord, the only international-level structure for coordinating the mitigation of human influence over the climate.

One of the more worrisome effects of this denialism by the EPA is that of the agency’s 10 nationwide regions, only four have included climate change effects in their plans for managing their Superfund sites.

Two of the regions that have ignored the effects are those encompassing the US Gulf Coast, stretching northward from the US-Mexico border in Texas - both a major petrochemical hub and one of the areas most vulnerable to storms and sea level rise.

When it came to Texas, the GAO noted officials “told us that they do not include potential impacts of climate change effects or changes in the frequency of natural disasters into their assessments.” In the instance of the northern Great Lakes region, officials told the GAO “they do not have any formal direction on how to address risks from climate change and are waiting for EPA headquarters to provide information on how to do so.”

A February 2018 study by the National Aeronautics and Space Administration (NASA) found that the pace of sea level rise was accelerating as the planet’s warming causes ice in the polar regions and mountain glaciers to melt faster. At the present pace, the world’s oceans will be 26 inches higher than present by the year 2100, scientists found - that’s just short of the 3-foot metric used by the GAO, although that level refers to calm seas and not what a storm surge could potentially produce.

However, a newer study published earlier this month published in the Proceedings of the National Academy of Sciences (PNAS) issued an even more dire warning, finding that sea levels could rise by 3 feet by the year 2030, even if nations met all their Paris Accord goals.