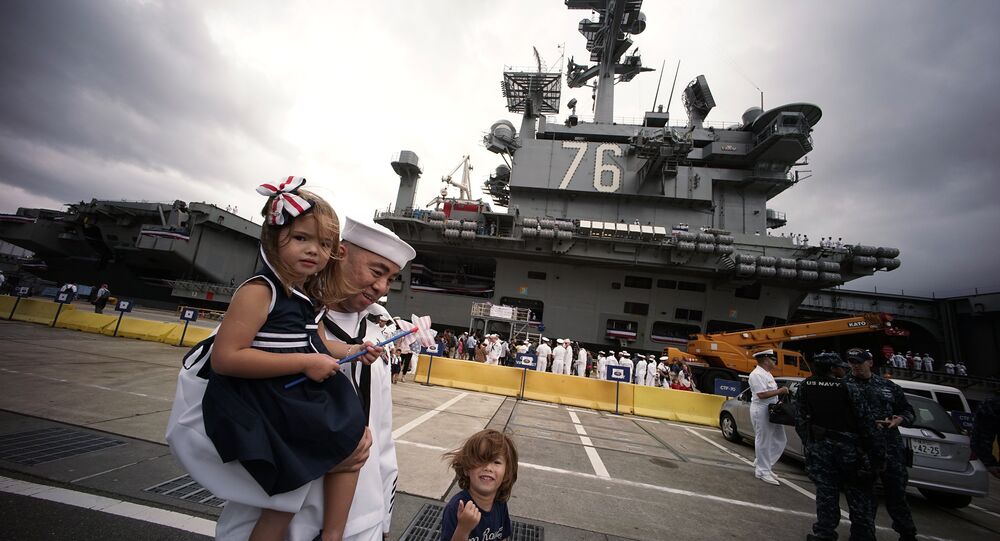 The Trump Administration has already stepped up pressure on its NATO allies, namely Germany and Canada, to increase defence spending. Now the US wants to get more from its closest allies in Asia, Tokyo and Seoul, which are already paying billions to cover the cost of stationing tens of thousands of American troops.

The US is demanding that Japan pay four times more for the 54,000 US troops stationed in the island nation - $8 billion per year instead of the $2 billion it offsets now, Foreign Policy reports, citing sources familiar with the matter. According to the outlet, former National Security Advisor John Bolton delivered the request during his trip to the region in July.

However, as The Japan Times reports, Tokyo rejected the request. The country’s top officials are said to have branded the demand as “unrealistic,” arguing that Tokyo is paying more stationing costs than other US allies.

During that trip, a similar demand was reportedly delivered to the US’s other ally, South Korea, where a 28,500-strong contingent is stationed. Washington is squeezing Seoul for a proportionally bigger increase than Japan – from about $1 billion up to $5 billion a year.

“The President has been clear in the expectation that our allies around the world, including Japan and South Korea, can and should contribute more,” a senior administration official told the outlet.

Both countries are to re-negotiate their current agreements with the US, which have deadlines soon. The US-South Korean deal, which should be renegotiated annually as it was agreed in 2018, expires this year. Japan has a little more time to maneuver. Its special measures agreement, under which Tokyo covers the US costs for stationing troops in Okinawa and other bases, expires in March 2021, so the negotiations are expected to start next year.

Earlier this year it was reported that Washington is planning to demand allies to completely cover the cost of the US troops plus pay 50 percent. But then-acting Defense Secretary Patrick Shanahan later denied that the administration would move forward with this plan.

Apart from raising fees for hosting US troops, Donald Trump has repeatedly pressed US allies, Germany and European countries in particular, to increase military spending and meet the NATO target of two percent of GDP. However, he has faced resistance on this point from several partners, including Germany. Berlin plans to increase its defence spending to 1.5 percent of GDP by 2024, still below the outlays expected by Trump.