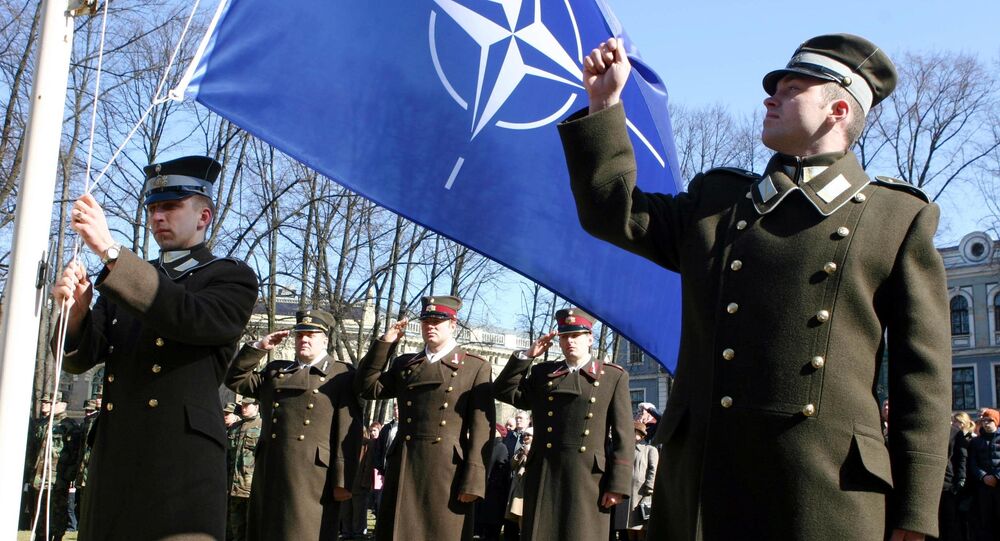 The North Atlantic Alliance spent over $1 trillion on defence in 2018, with the bloc’s nearest potential adversary China spending $250 billion, while Russia spent $61.4 billion, dropping out of the top five countries by total spending.

“Today we will address NATO’s deterrence and defence posture. Ensuring it remains fit for the future. To do so, we need to keep investing in defence,” Stoltenberg said, speaking ahead of the second day of the NATO defence ministers meeting in Brussels, his remarks cited by Anadolu Agency.

“Allies have already delivered five consecutive years of real growth in defence budgets. This will be an additional $100 billion of national defence spending by the end of next year. But we need to keep up our efforts,” the official added.

Stoltenberg said he and ministers would discuss other ways of enhancing defence apart from spending, “including improving our cyber defences, and strengthening our maritime posture.”

The NATO head also assured Moscow that the bloc was not interested in a “new arms race,” and repeated his claims that Russia was to blame for Washington’s withdrawal from the 1987 Intermediate Range Nuclear Forces Treaty in August.

“We will not mirror what Russia does. We don’t want a new arms race. And we have no intention to deploy new land-based nuclear missiles in Europe,” Stoltenberg said. As for the INF, “Russia bears sole responsibility for the demise of the Treaty,” he said.

Washington pulled out of the INF in August after formally announcing its intention to do so in February, accusing Russia of violating the treaty with the 9M729, a ground-launched missile the alliance claimed had a range beyond the 500 km limit outlined by the INF. The Russian military denied the claims, and declassified the 9M729’s capabilities to military attaches and reporters back in January, but Washington scrapped the INF anyway, prompting Russia to withdraw shortly thereafter.

Before the US withdrawal, Moscow accused Washington of violating its own commitments to the INF, including via the deployment of ground-based combat drones, the production of ground-based intermediate-range missiles for ‘testing purposes’ for the US’s missile shield, and the deployment of its Aegis Ashore missile defence components in Poland and Romania. Russian officials have repeatedly stated that the MK-41 launchers at these facilities could easily be used to fire nuclear-capable Tomahawk cruise missiles at targets inside Russia.

According to the Stockholm International Peace Research Institute, the NATO alliance spent over 16 times what Russia did on defence in 2018, with the US alone spending $649 billion, over ten times Russia’s spending of $61.4 billion.

President Trump made an increase in the alliance’s defence spending to 2 percent of members’ GDP a key point of US demands, but has faced resistance on this point from several allies, including Germany. Berlin plans to increase its defence spending to 1.5 percent of GDP by 2024, still below the outlays expected by Trump. Trump and other officials have repeatedly complained about Berlin’s ‘low’ military spending (which at $49.8 billion in 2018 is still the 8th largest in the world, according to the SIPRI), and threatened to pull US troops out of the country and place them in neighbouring Poland instead.

Moscow has repeatedly expressed concerns over the expansion of NATO’s forward presence near Russia’s borders in recent years, with the alliance stationing additional forces and equipment in the Baltic republics, Poland and Romania, and increasing the scale and frequency of its military drills in these countries, as well as Norway, the Baltic Sea and the Black Sea. Since 1999, NATO has incorporated all seven former members of the Warsaw Pact, as well as the three Baltic republics of the former Soviet Union. Nonetheless, the alliance has continued to accuse Russia of aggressive intensions, including through Moscow’s alleged “military build-up close to NATO’s borders.”